Founded in 1878, The Ladies’ Literary Club of Ypsilanti is a private women’s club. The ladies of the club purchased their historic 1840s Greek Revival clubhouse in 1914. Today the clubhouse is on the National Register of Historic Places and is considered one of the most important Greek Revival structures in the state of Michigan.

The home was first built in the 1840s by Arden H. Ballard for Ypsilanti resident William M. Davis. The home was later purchased by the mother of Edward Grant. After Grant’s mother passed away in 1883, he inherited the home and due to poor financial decisions, he had to sell the home shortly after. In 1913, the Ladies Literary Club of Ypsilanti purchased the home and they still own the home today. Located in the historic district, the home remains well maintained due to the great pride and care provided through the years by the Ladies Literary Club. The home is still occupied much of the year by the club’s annual meetings. The club raises money for these annual gatherings and maintaining the home. With the assistance of the University of Michigan dean, Emil Lorch, the home was selected by the Advisory Committee of the American Building Survey in 1934 as a place worthy of preservation. The house was placed on the National Register of Historic Places in 1972. 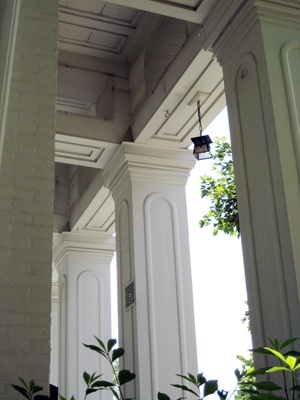 Popular in both Europe and the United States during the late 18th and early 19th centuries, the Greek Revival Style mimicked the Greek classical style. Many features of Greek architecture were used to represent nationalism and civic virtue; these design features were built again to symbolize similar notions, but in a different location and different time period. In the United States, it was common for classical orders to be manipulated to encompass American style. 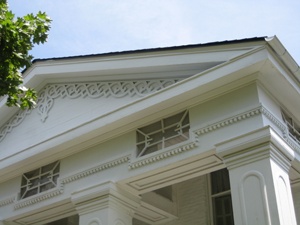 The columns resemble the Doric style of the classic order due to their simplicity at the base and capital, however differ in that they are square rather than cylindrical. This is a resultant of the revival style as opposed to the authentic Greek architecture. Wood is used for ornamentation along the frieze and other elements throughout the structure as opposed to stone. This was most likely done to save money during construction, but this method is symbolic of American Greek Revival architecture. 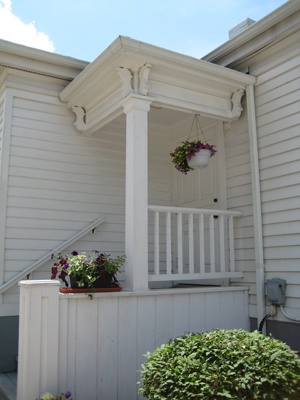 Between the years 1971 and 1972, the home underwent an addition that increased the square footage by 2,670 s.f. An apartment was added to house the caretaker and also a basement for storage and workspace. The original building was kept intact and was not altered during this process. Now 4,000 square feet, the house has three upstairs bedrooms, a kitchen, dining room, two bathrooms, living room, and a basement. 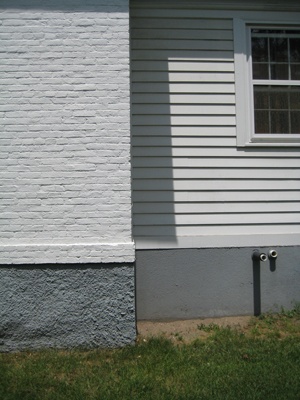 The original building features masonry construction, both brick and concrete. The addition is made of lower quality and more affordable materials, but is designed in a way that attempts to compliment the horizontal lines of the structure. The addition of the Ladies Literary Club has wood corbels, or projecting supports. Authentic classical architecture generally has stone corbels, but it is common to see them constructed of wood in the United States as it is quicker and more affordable. 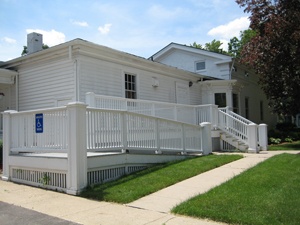 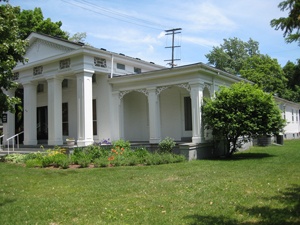 The front of the building is approached from North Washington Street. Most of the initial structure, and especially the ornate facade is seen from this side of the building.