Linh Song is the President of the Ann Arbor District Library Board. She is former executive director of the Ann Arbor Public Schools Educational Foundation. She was appointed to that position in May 2014. 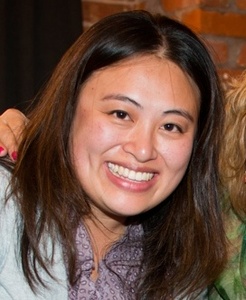 From her bio on the AAPSEF website: "As a resident of Ann Arbor for almost 20 years, she has a background in social work, nonprofit administration, and technology startups. She established her own nonprofit called the Mam Non Organization. Song currently teaches international social work at the University of Michigan School of Social Work. She also previously directed a technology support program at Nonprofit Enterprise at Work (NEW) and served as Executive Director and Board Member for an adoption and anti-trafficking group in Washington D.C."

She is also former co-chair of the Ann Arbor Awesome Foundation.

She is married to tech entrepreneur Dug Song. The couple has two young children and live in the Glacier Highlands neighborhood on Ann Arbor's east side.