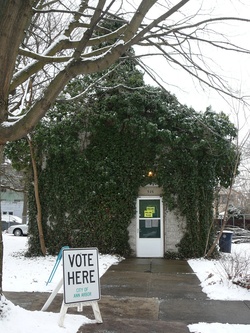 At 926 Mary Street -- Actually built as a polling place. Owned by the city. Reportedly operates as a bird sanctuary outside of election days.