Mia Za's was an Italian restaurant located at 615 E University Ave. The Ann Arbor location of this small chain closed on April 25, 2015 after 10 years in business. 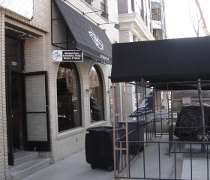 Emily Taylor, the general manager for Mia Za’s Ann Arbor branch, said the restaurant has been experiencing a steady drop in business.

“We were having declining sales,” Taylor said. “I, myself, was moving to a different direction, and the owner lives far away. I think he didn’t feel like looking for (someone to replace me) when the sales were going downhill.”

Taylor also said she and her staff were able to close the stores quickly because the owner of the restaurant lives out of state.

The chain, owned by Bruce Hink, was originally known as Za's. There are two remaining locations - in Champaign, Ill. and Madison, Wisc. An Iowa City Mia Za's closed in 2012.