Middle Kingdom is now closed; it shut its doors in 2012. 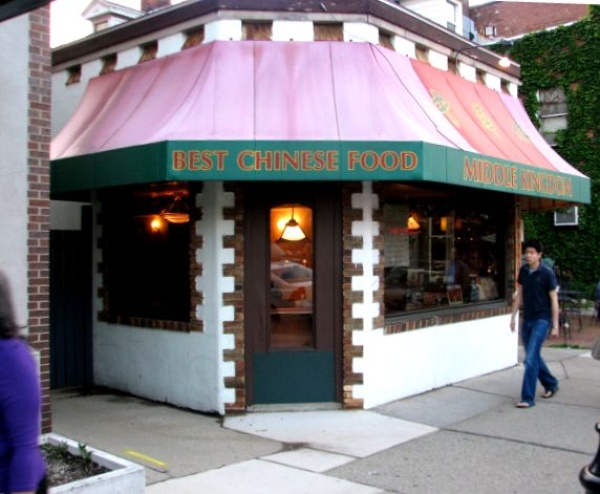 One of the best Chinese restaurants in town, Middle Kingdom attracts more Asians than any other Chinese restaurant downtown (a sure sign that I am not the only one who thinks the food is good). Middle Kingdom is located at 332 South Main Street across from Real Seafood. Wai-Chong “Johnny” Tam (the owner) is a very nice man, with a loud (and hilarious) sense of humor that he has become known for. They prepare take-out very quickly (sometime orders are ready in as little as 15 minutes!).

Be aware that Middle Kingdom actually has two dinner menus: the green one, which is the one you'll normally be given if you aren't Chinese, and a red one, which includes a variety of authentic Hong Kong style dishes rivalled only by Great Lake. You'll have to ask for the red menu, but it's worth it. Most of it has English translations, but there are also items in Chinese only (some of which are excellent if you can persuade your server to explain them).

The Red Menu is great, but overwhelming with 264 items, plus a handwritten list of specials in Chinese, and the names aren’t always helpful. Portions are large, so order accordingly or expect leftovers. To get you started, here are some of our favorites.

The path to select the perfect dishes from Middle Kingdom is treacherous because the authentic Sichuan menu is written by hand with no translations. You have two choices, look at yelp, chowhound, and blog sites to figure out exactly what to order, preferably print out some pictures to point at or bring someone who speaks Mandarin and is somewhat familiar with Sichuan cuisine.