Mitchell Elementary School is an elementary school in the Ann Arbor Public Schools. It is located at 3550 Pittsview Drive, immediately adjacent to Scarlett Middle School, the Scarlett Mitchell Nature Area, and Mitchell-Scarlett Woods.

The school mascot is the Mighty Mustangs. 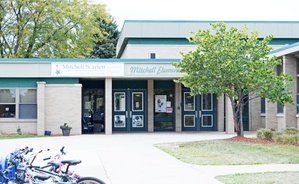