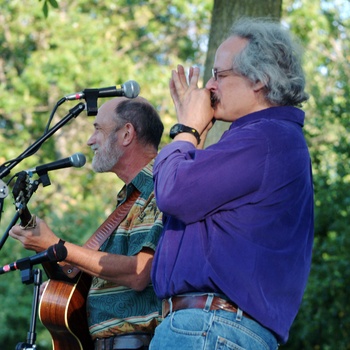 David Tamulevich and Michael Hough are celebrating 40 years as Mustard's Retreat, one of the Midwest’s best folk duos. The pair met in 1974 and first sang together at an open-mike at The Ark coffeehouse in Ann Arbor. They immediately were asked back for a showcase night, and within a couple of months were the "house band" at a local bookstore. Within a year, they were gigging full time at pubs, colleges, concerts and coffeehouses.

Through the years, Mustard’s Retreat has built a strong following of fans who adore their performances, which range from silly to sincere, and their unsurpassed ability to connect with an audience.