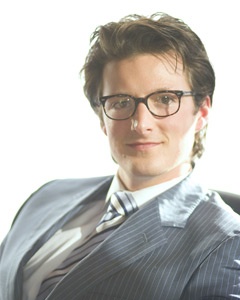 Newcombe Clark pulled petitions to run for City Council from the Fifth Ward in the 2010 election. He has pulled both Democratic and Independent petitions. If he submits the Democratic petitions he will be on the August 3 primary ballot challenging incumbent Carsten Hohnke and Democratic Party activist Lou Glorie. Should he run as an independent, he will face the winner of that Democratic primary and Republican John Floyd on the November ballot.

Mr. Clark was made a junior partner inBluestone Realty Advisors by Jeff Hauptman and Neal Warling in 2007, a local commercial real estate brokerage and consulting firm. He is no longer conncected with Bluestone in any way, but currently works for Jones Lange Lasalle. In 2006, he was recognized as one of the "20 in their 20s" inaugural class by Crain’s Detroit Business for his professional and philanthropic contributions.

"I don't want to be a council member — I've got my own life — but I also believe you're either in it or you're not, and I can't criticize if I'm not willing to sacrifice," he said.