Patricia Ashford Manley is a trustee on the Ann Arbor Public Schools Board of Education. She was elected in 2014 for a term that runs through 2018. 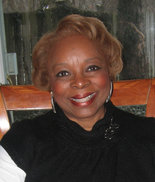 Patricia Ashford Manley.Manley is a retired educator who worked for the AAPS district for 41 years, including a decade as the principal at Thurston Elementary School. Before that she was a teacher and administrator at Huron High School.

She is a member of the local Alpha Kappa Alpha Sorority and has served as its president. She received the Distinguished Service Award from the Ann Arbor Branch of the NAACP and the Eugene Power Achievement Award from the United Negro College Fund of Washtenaw County.

She is married to Lamont Manley, a project manager at the University of Michigan’s Institute for Social Research. They live on Ann Arbor's south side near Buhr Park.

1981-1984: Serves as a coordinator and teacher in the Huron High Springboard Program, designed for high risk tenth graders.

1971-1983: Serves as the varsity and junior varsity cheerleading coach at Huron High School.

1970: Begins work as a teacher at Huron High School.