Paul Courant is a former University of Michigan Provost and University Librarian, who currently (2014) is a UM Arthur F. Thurnau Professor, Harold T. Shapiro Collegiate Professor of Public Policy, Professor of Economics, Professor of Information, and Faculty Associate in the UM Institute for Social Research. 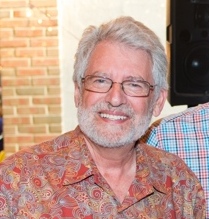 From 2007-2013 he was the UM University Librarian and Dean of Libraries. From 2002-2005 he served as UM Provost and Executive Vice President for Academic Affairs, the chief academic officer and the chief budget officer of the university. He has also served as the Associate Provost for Academic and Budgetary Affairs, Chair of the Department of Economics and Director of the Institute of Public Policy Studies (now the Gerald R. Ford School of Public Policy). In 1979 and 1980 he was a Senior Staff Economist at the Council of Economic Advisers.

While provost, he negotiated a contract with Google to allow them to digitize the entire contents of UM's library for their Google Library Project, now known as Google Book Search.

Courant has authored half a dozen books and over 70 papers in economics and public policy, including tax policy, local economic development, gender differences in pay, housing, radon and public health, relationships between economic growth and environmental policy, and university budgeting systems.

His recent research focuses on the economics of universities, the economics of libraries and archives, and the changes in the system of scholarly communication that derive from new information technologies.

He maintains a blog – Au Courant – with occasional posts. His Twitter handle is @courant48. He was one of the 2013 winners of The Ann Arbor Chronicle's Bezonki Award, which honors remarkable individuals and organizations in this community.

Courant serves on the board of The CivCity Initiative, an Ann Arbor-based nonprofit that's working to boost civic literacy.

He is married to Marta Manildi, an attorney with Hooper Hathaway Price Beuche & Wallace. The couple, who live near Fuller Park on Ann Arbor's near north side, have an adult son as well as two sons from Courant's first marriage.

Many Choices for Obama in Replacing Billington at Library of Congress – New York Times, June 12, 2015

The evolution of Paul Courant reshapes the concept of a library – Michigan Daily, Oct. 6, 2009