Peace Neighborhood Center is a nonprofit that provides programs for children, families, and individuals who are affected by social and economic problems. 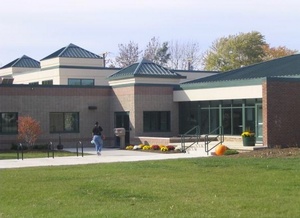 The center is located at 1111 N. Maple, near the Maple Estates public housing complex. The executive director is Bonnie Billups, Jr.

2011: The Family Enrichment Program is launched as a part of Peace’s wrap-around approach to providing necessary support to all members of a household involved in Peace programs.

2001: PNC wins the Prize for Excellence in Nonprofit Management in Washtenaw County from NEW (Nonprofit Enterprise at Work).

2000: Zion and Trinity Lutheran Churches donate the building and land to PNC as a leadership gift for the “A Home for Peace” Capital Campaign.

1986: Peace Neighborhood Center expands its programs to include all of Ann Arbor.

1969-1970: Low-cost public housing built on North and South Maple. Tension in the community divides the neighborhood.  Public housing residents and private homeowners need a place to meet and discuss concerns.