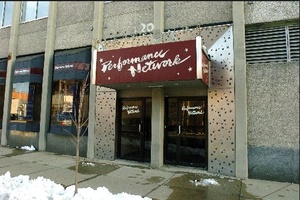 In December 2015, the management announced that it was closing its doors at the end of the year, following several years of financial and administrative upheaval.

A bright, energetic ensemble directed by Tony Caselli captures all the zany charm of Michigan-born Zettelmaier's tale about a group of radio actors taken in by the faux-terror of Orson Welles' 1938 radio drama "The War of the Worlds."