There is some disagreement around the name of the street, with some calling it "Market Place", and others saying the two names are appropriately used for different pieces of the essentially single-block-long street. (View the comments to this AnnArbor.com article for an example.)  Evidence for consideration includes: 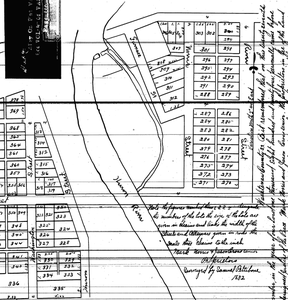 Part of Norris & Cross's plat of 1832, showing neither Rice nor Market streets.