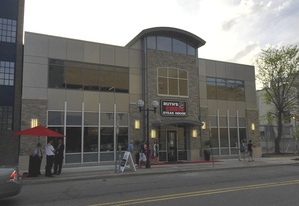 Steve Fry of Grand Rapids-based Concept Design was the project architect for the building's renovation, expanding it to two stories. The building, owned by Dean Zahn Properties LLC, had been vacant since Dream Nite Club was evicted in May 2012 after filing for bankruptcy. Former building occupants also include Studio 4 and Maude’s Restaurant. It is located next to the large city-owned Fourth & William parking structure, and across the street from the Blake Transit Center.

With approximately 10,000 square feet for the downstairs, the restaurant can seat 229 guests in the dining room. The 2,165 square-foot upstairs features three private dining rooms that can also be used during busier hours when there are no events scheduled. The three rooms are named Big Ten, 1879, and Alumni, referring to the University of Michigan. The private dining room downstairs is known as the Wolverine Room. 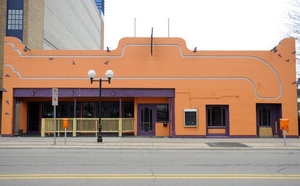 The building at 314 S. Fourth prior to remodeling by Ruth's Chris Steak House.