Scott Rosencrans is owner of Grants Resource, a consulting firm focused on services for nonprofits. He is a former chair of the Ann Arbor Park Advisory Commission (PAC) and ran for a Ward 5 Ann Arbor City Council seat in 2009. He was defeated in the August 2009 Democratic primary by incumbent Mike Anglin. He has served on a variety of local boards and commissions, including Think Local First and the Friends of the Ann Arbor Skatepark. 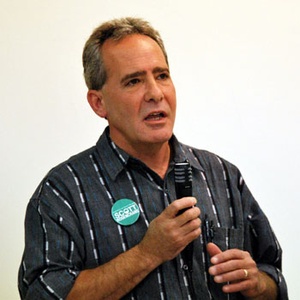 Rosencrans was nominated to PAC by Ann Arbor mayor John Hieftje, and confirmed by city council, for a three-year term from 2007 to 2010, replacing Catherine Riseng. While a member of PAC, he served on six committees including Natural Areas, Land Acquisition (Chair), Capital Improvements (Chair), Liaison to City Council (Chair), Budget, and Master Planning. He did not seek reappointment in 2010, and was replaced on PAC by Tim Doyle.

Rosencrans served on several civic boards, commissions, and task forces for the City of Ann Arbor between 2006 and 2012, including the Commercial Recycling Implementation Committee, the 415 W. Washington Proposal Review Committee, the Huron River Impoundment Management Plan Committee, and the Mack Pool Task Force.

Rosencrans has also served on non-city sponsored efforts, including the Builder's and Remodeler's Association of Greater Ann Arbor, Ann Arbor Task Force, and as the Project Liaison for the Friends of the Ann Arbor Skatepark.  He has contributed on special projects for organizations including Habitat for Humanity and Think Local First.

For over 30 years, Rosencrans worked as a carpenter and residential builder, with brief forays working in factories and serving as the director of a green building and outreach office for Greenpeace.  He has worked with nonprofits and volunteer-based organizations that ranged from informal neighborhood groups to international organizations.

In 2009 Rosencrans returned to college to complete his degree in public administration with a minor in nonprofit administration.  He graduated in December of 2012 from Eastern Michigan University and started Grants Resource, a consulting business.  In addition to his academic work, he is a member of the Nonprofit Leadership Alliance, the Pi Sigma Alpha Honor Society, and the EMU Honors College.  His awards include Dean's List for every semester and Outstanding Student in Public Administration 2012.