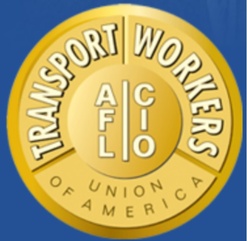 Local 171 is a labor union that proudly represents more than 170 public sector bus cleaners, mechanics, information specialists and drivers at the Ann Area Arbor Transportation Authority. We are affiliated with the Transportation Workers Union of America (TWU), and the American Federation of Labor-Congress of Industrial Organizations (AFL-CIO). Originally organized as an independent union, The Transport Employees Union (TEU) had been created in 1975 when a grievance of AFSCME Local 369 concerning inclusion of clerical workers in the bargaining unit led to a Michigan Employment Relations Commission proposal for a "consent election," that is, a union certification election.

Not too surprisingly, in retrospect, a rank and file including many independent-minded, experiment-seeking newly hired members (it was Ann Arbor, in the 1970's, after all), many with no understanding of how to use their International's resources, voted to go it alone. Led initially by Susan Schurman, some TEU contracts featured wage parity for most job classifications, a non-discrimination clause covering "race, sex, creed, color, national origin, age, handicap, sexual preference, educational status, or for any characteristics, beliefs, or activities which do not affect the employee's ability to perform her/his job" (1980), and joint labor-management committees on Health and Safety, Accident Review, the Quality of Work, and the Sick Leave Bank Committee (1977).

In 1980 TEU workers went staged a strike, shutting down operations for about 6 weeks. The long strike took a severe toll on TEU leadership as many resigned from their offices and moved on to other careers. Lack of political clout and mounting legal cost led a new generation of TEU leaders to once again seek the expertise and assistance available from a larger international union. In 1981, then International Vice President George Lietz negotiated our affiliation with TWU. On September 15th the TEU membership voted to affiliate and TWU issued the Local 171 Charter on November 17, 1981.

Preamble to the Local 171 Bylaws

The primary purpose of this union, the Transport Workers Union (TWU), Local 1713 is the protection and expansion of all human, economic, and contractual rights of all TWU members.
As a collective of organized workers we also exist to improve wages and working conditions and increase power on the job for all, by building the fight to unionize all workers.
As workers, and as people of all races, sexes, sexual preferences, ages and political beliefs, we further exist to fight for equality, freedom and true participatory democracy, not only in the political arena, but in home life, at work life and in this union.
Finally, as transportation workers and as citizens of a world where ecology and energy are central issues, we are dedicated to promoting safe, free, and dependable mass public transportation.