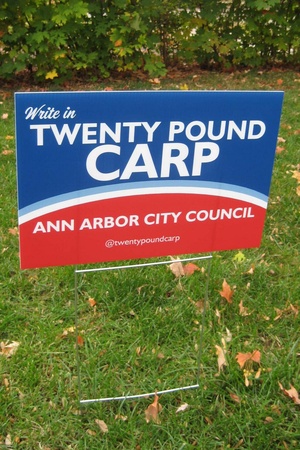 Twenty Pound Carp was a write-in candidate for Ann Arbor's Fourth Ward in the November 2013 general election. A detailed campaign interview is up on Damn Arbor.

"There were 209 total write-in votes in the 4th Ward, including 84 for actual write-in candidate William Lockwood, suggesting as many as 125 might have gone to the 20-pound carp."