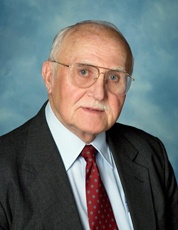 Wesley Prater is serving District 4 for his fourth term as Washtenaw County Commissioner, three terms from 2001 through 2006, and his present elected office for the 2009/2010 term. Born in Bonanza, Kentucky, Mr. Prater has lived most of his life in Michigan.

Wes Prater has served four two-year terms as your Washtenaw County Commissioner. He represents District 4, comprised of York and Augusta Townships; the southwestern portion of Ypsilanti Township, and the portion of Milan that is within Washtenaw County.