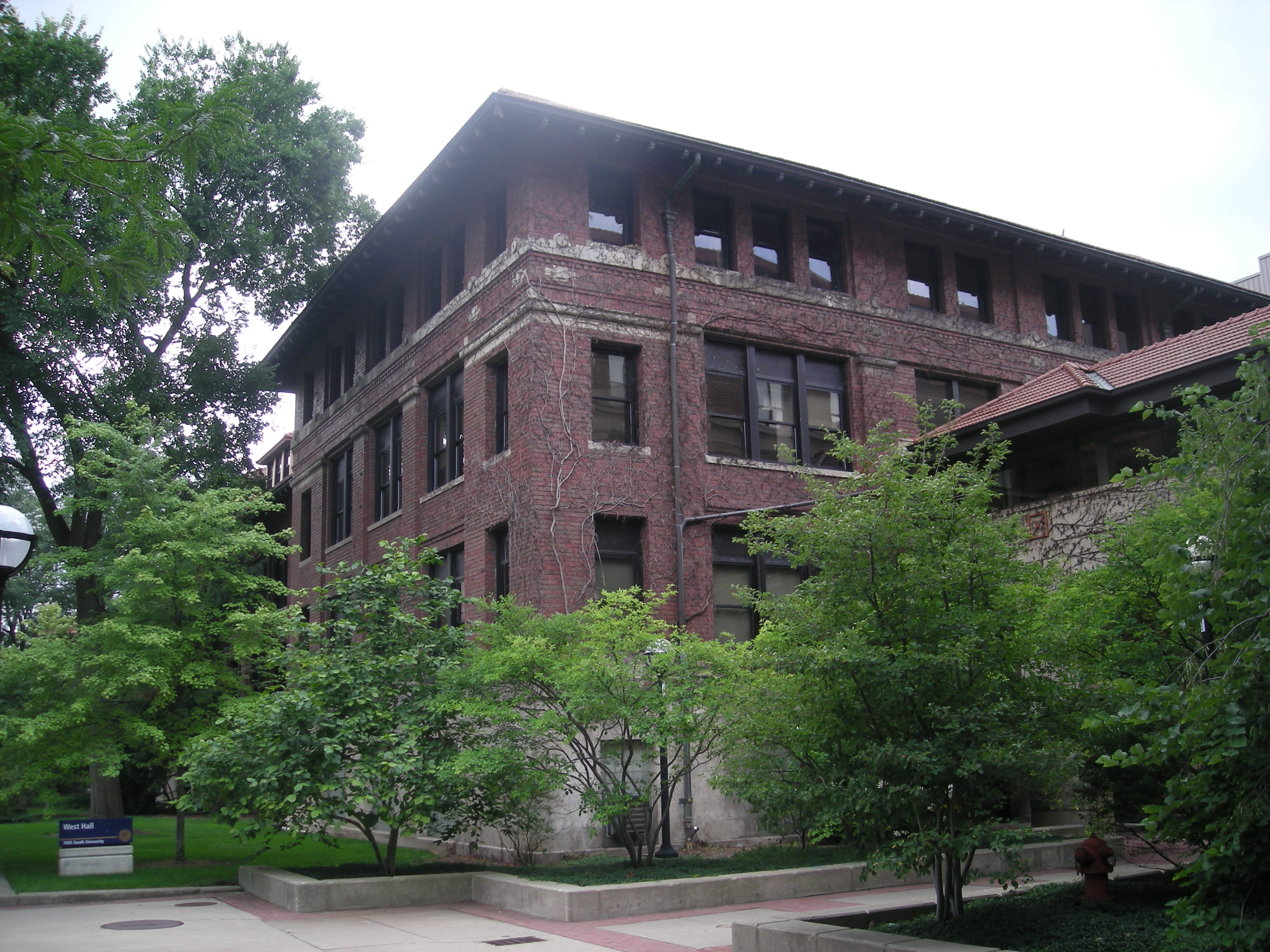 West Hall is home to various University offices, including the Anthopology Department, the Marine Hydrodynamics Laboratory and the Physics Department. It is located at the South University at East University.

The Engineering Arch goes through the building, forming the southeast passageway to the Diag.

The building is connected to the UGLI and to Randall Labs by above ground passageways, though the UGLI passage has been locked since the departure of the School of Information.

There is a Bentley Historical Library page about an older West Hall that purchased by the University in 1901 and was razed in 1923. It was located on State Street and had earlier served as the Old First Ward School.

"Professor Fred Newton Scott’s seminar room, with its famous round table, was situated on the second floor of this building." [1]