Where: primarily on Madison Street, but exposed on the east at the corner of Third Street and Mosley and on the South on Edgewood. On AATA Route 12.

Summary: Small and hilly, this is a very secluded feeling park with moderately challenging terrain. It has a paved path running from Third Street to Edgewood. Folks often run with their dogs here or come to sit on a bench after getting ice cream from the nearby Washtenaw Dairy. Home to what is believed to be one of the oldest Oak Trees in Ann Arbor.

Festival: The Old West Side Children's Festival happens here once a year on a Sunday in late May or early June.  Signs are posted in the park a week before the festival.  Please contact 734.717.9632 for more information.  The photo below shows face painting from the Old West Side Children's Festival.  The Festival also include a magician, petting zoo, crafts table, teddy bear triage and more. 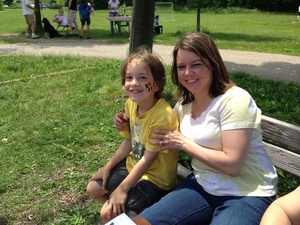 A peach tree is located just north of the playground, and its fruit – which ripens in August – can be picked by the public. 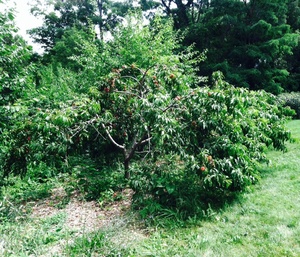 Peach tree in Wurster Park, north of the playground. 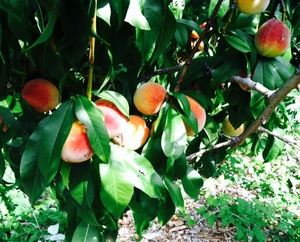 Closeup of a fruit-laden branch.