Zachary Ackerman is a member of the Ann Arbor City Council, representing Ward 3.

Ackerman was elected to the Ann Arbor City Council on Nov. 3, 2015 while still a student at the University of Michigan.  He was unopposed in the 2015 general election, gaining 730 votes (90.68%).  In the Democratic primary on Aug. 4, 2015, Ackerman defeated incumbent Democrat Stephen Kunselman, who was running for re-election. He worked on Christopher Taylor's successful 2014 mayoral campaign, as well as Congressional campaigns for Debbie Dingell and Pam Byrnes. As part of his duties on Council, Ackerman serves as a planning commissioner, promoting affordable housing. 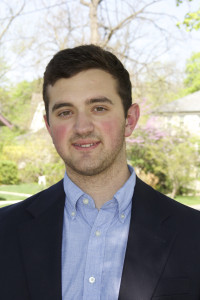 Ackerman has lived in Ann Arbor since he was 8 years old, attending Burns Park Elementary School, Tappan Middle School and Pioneer High School. His father, Mark Ackerman, is the George Herbert Mead Collegiate Professor of Human-Computer Interaction at the School of Information and the College of Engineering. His mother, Erica Ackerman, is a web developer and active member of the Ann Arbor Democratic Party.

Ackerman currently works for Denison Consulting, an Ann Arbor-based, global management consulting firm. He previously worked for Nutshell, a local tech start-up, and  STAND, a DC- and London-based human rights organization, which advocates for civilian protection in warzones and the prevention of ethnic-based mass atrocities.

His campaign website states: "I’ve been an active Democrat since 2006, volunteering on my first campaign at the age of 13."

Ackerman picks up endorsements from Taylor and Hieftje in 3rd Ward council race – MLive, May 22, 2015