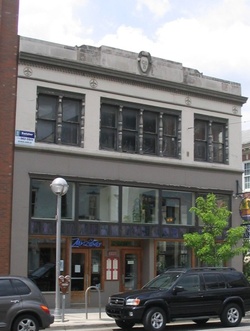 The front of Zanzibar.

Owned by the same people who own Red Hawk, Zanzibar -- as its name suggests -- started out as a pan-tropical fusion restaurant. It become a bit less exotic over the years, but retained some tropical-inspired dishes as well as more Western offerings. On State between Liberty and Washington.

The restaurant closed its doors for good in August 2009.

Now occupied by Sava's, which moved from across the street.

Bill Milliken of Milliken Realty Co. of Ann Arbor, who is one of the owners, said the group is exploring its options -- which include keeping the current operators -- and hopes to come to a resolution within one month.