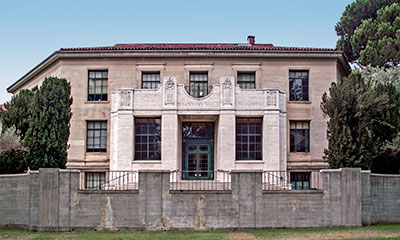 This image is from:    http://noehill.com/alameda/images/berkeley_giannini_thumb.jpg

Amadeo Peter Giannini was born in San Jose, CA to immigrant Parents around the 1870s. Giannini was an extremely successful man. He started his private business and later sold it to one of his employees. Giannini retired at the mere age of 31. Due to the great depression the banks around the country were running out of money and were struggling just to stay open. Giannini became determined and saw opportunities in helping the growing population of  immigrants in meeting their financial needs. Due to which Giannini came up with the idea of starting a bank. At first he opened up a bank in San Francisco to only serve the needs of “the little Fellow”. He established banks during a very difficult economic time. His bank chain grew very rapidly and he had over 500 banks all over California. In 1928, the name of the very successful bank chain was changed to Bank of America. Amadeo Giannini funded the construction of Giannini Hall around the 1930s. 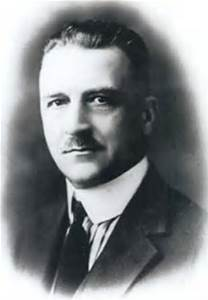 Giannini funded a foundation for agricultural economics called the Giannini Foundation of Agricultural Economics. The mission of the foundation is to promote and support research on the economics of California agriculture. Members of this foundation are now located  on three campuses.

This image is from:  http://giannini.ucop.edu/Pictures/Gianninilogo.jpg