Bisbee, AZ is a quaint little town nestled in the Mule Mountains. Its unique history attracts thousands of tourists from around the world every year. It also boasts to have the "Best Climate Year Round" by the locals. It is one of the few cities in Arizona where you can get a taste of all four seasons. 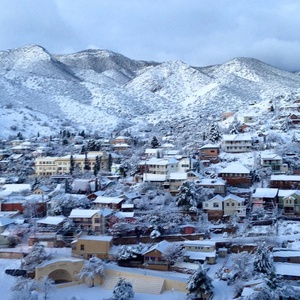 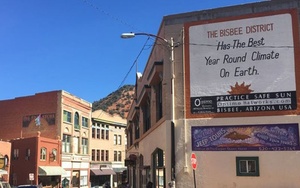 Bisbee was founded in 1880 as a gold, silver and copper mining town that attracted many people. It was named after Judge Dewitt Bisbee who was an investor in the Copper Queen Mine. Due to the amount of people that moved to Bisbee, little suburbs started to pop up ( Lowell, Warren, San Jose) that all had their own, but failed, attempts at mining. Today those suburbs are still apart of Bisbee and its history and are still occupied by many locals. Warren is also home to one of the oldest Baseball Parks in the country! It was built in 1909 (before Wriggly Field in Chicago) and it known to be one of the oldest continuously used professional ballparks in the country. Many professional baseball teams played at the field including the Yankee's, the White Sox and the Giants just to name a few. The ballpark is still used today for local events and is home to the Bisbee High School baseball and football teams. It is a big part of Bisbee events and a place where you will find a lot the locals spending their time. 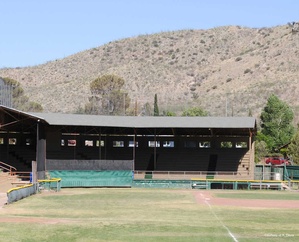 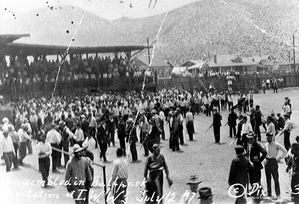 Due to the amount of people that moved to Bisbee to take part in the mining it became one of the largest cities between El Paso and San Francisco. It was a very popular place for people to visit, including some famous names at the time such as Frank Sinatra. A popular place for investors and dignitaries to stay was the Copper Queen Hotel which is still an active, although "haunted," hotel where many tourists love to visit and if they are brave enough, to stay for a night. The Victorian style hotel has been featured on Ghost Hunters and Ghost Adventures. One of the most popular Ghosts is a prostitute by the name of Julia Lowell. You can request to stay in her room where a lot of activity is said to happen. She is particularly drawn to male occupants and likes to play with their feet in the middle of the night. If you aren't brave enough to stay you are more than welcome to visit and dine in the restaurant or have a drink in the saloon. You can also find a book located at the front desk filled with "encounters" that others that have stayed in the hotel have recorded. 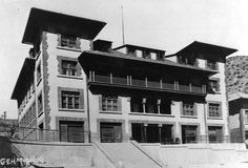 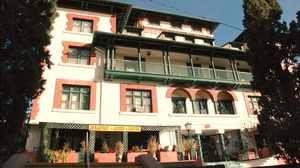 The copper Queen Mine, located in what is now called Old Bisbee by locals, is a popular tourist stop when visiting the historic town. Before the mine's in Bisbee closed in 1975, they produced metals valued at $6.1 Billion which is one if the largest product valuations of all the districts in the world. Now the copper Queen Mine allows tourists to have a once in a life time experience to see what it's like in a once working mine. Once tourists arrive for their tour they are able to dress like a minor by putting on a big yellow coat ( it's very cold inside), a helmet and a headlamp. They hop aboard a little train that takes them through the once active mine and allows them to see firsthand what it is was like to be a minor back in the early days of mining, Once they get to a certain point they are able to get off the train and wonder into one of the old mining rooms where  it is staged with all the old mining tools. It is a once in a lifetime experience for many people and is a unique experience that you will not get to experience in other old mining towns. 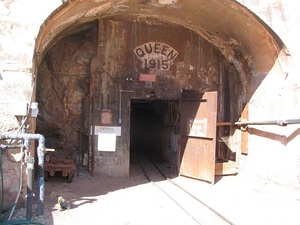 Once your done with your days activities you can head down to the historic Brewery Gulch located in downtown Old Bisbee. You will find several bars that are still located in historic buildings that have withstood the mines going out of business and other economic changes. The Brewery Gulch was founded by German-Swiss immigrants who were living in Bisbee at the time of the mining boom. It didn't take long for "The Gulch" to become a popular hang out spot where many saloons opened and welcomed guests from all over. Two Bars that are still local favorites would include St. Elmo's bar and the Stock Exchange. You can also find newer places like the Bisbee Brewery. The gulch is still a favorite and popular place where you will find tourists and locals hanging out. It is also home to Bisbee's big 4th of July event that happens every year. The Gulch is closed off and it becomes the center of old mining competitions that people can participate in like hard rock drilling and a mucking contest. 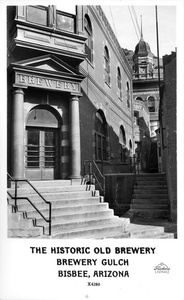 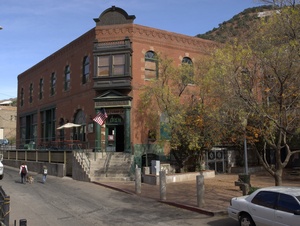 If you are into art and antiques then main street is the place for you. It is home to many different art studios and antique shops. Whether you are an avid art collector of unique finds or if you just love to browse and window shop you will not be disappointed. Right at the tip of main street you will find the Bisbee Coffee shop which is a popular stop for many. 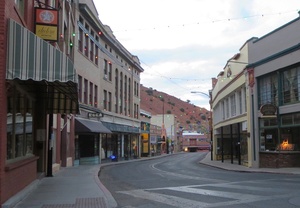 Since the mining stopped Bisbee's population has dwindled and become more of an artsy town attracting an array of different individuals. There are many families that have been there and stayed through the many economic changes and there are those who have come that are attracted to the nice quiet small town lifestyle. It is a popular place for people looking to retire and some even buy homes just to have a place to stay seasonally.  Bisbee's tourist industry is a big part of its economic stability. They welcome people throughout the year whether you have come to have a "ghostly" experience, visit a historic working mine, love art and antiques to just simply would like to get away for the weekend Bisbee is a top choice for all individuals.