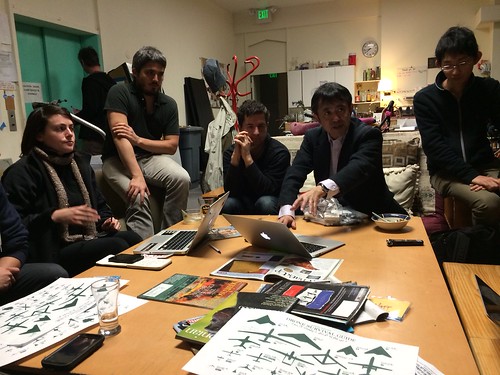 This blog post was written by Vicky Knox, Julio Rios, and Ivan Silva - all LocalWiki volunteers in Oakland, CA.

This February LocalWiki cofounder Mike Ivanov and Oakland LocalWiki volunteers met with University of Tokyo Interdisciplinary Information Studies Professor Hideyuki (Yuki) Tanaka, his graduate students and visiting Professor Mikio Sugiyama of Sapporo. These scholars are using LocalWiki in Japan to map memories of the cityscape and local culture destroyed in Natori during the 2011 earthquake and tsunami.

Natori is an old port city in the Sendai, about 100 kilometers northeast of Fukushima. It was devastated during the 2011 tsunami and earthquake. The destruction was particularly bad in the port-hugging Yuriage district, whose houses and winding, centuries-old streets, similar to the narrow passageways of Barcelona’s Ciutat Vella, were completely swept away in the surge. About 2,000 homes were destroyed, 7,000 people displaced and 700 died. Now all that is left is the grass that is re-populating the soil--not even the foundations of the buildings remain. The area is cordoned off and residents cannot return yet. Many of them, suffering from the trauma of losing their homes, have decided to settle elsewhere. 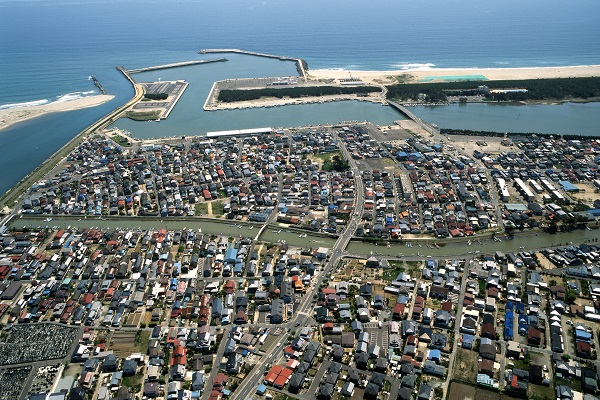 The Yuriage area of Natori, Japan, in May, 2007 (image provided by Institute of Northeast Construction Association) 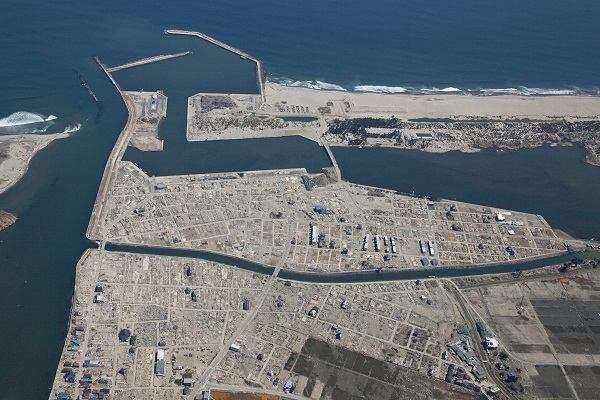 A friend of Professor Yuki and former Natori business-owner, Michiyo Sasoh, wanted to create a space to preserve memories of the now-fractured community. She initiated various programs such as cherry tree-planting in the damaged area and a lantern ceremony as a ritual remembrance for the dead. While her efforts have been nationally broadcast in Japan, it has been difficult for her to transmit this information across the Internet to an international audience. She was inspired to create a LocalWiki project after witnessing the ability of Davis Wiki to disseminate grassroots knowledge through a free and open community web platform. She reached out to Professor Yuki and his colleagues to use their technical expertise to help her build out the project.

Our friends at LocalWiki Japan organized two mapping parties in which local residents created a large, hand-drawn map of the neighborhood by memory, plotted memories onto this map, and then transposed it all onto the Natori LocalWiki. One of the obstacles the organizers encountered was the difficulty some participants had using the computers provided to edit the wiki. Doing a hand-drawn map gave digital novices, particularly the elderly, the opportunity to participate. Participants marked points of interest with sticky notes explaining their significance: an old memory, the location of the kindergarten, a person’s former home. By the end of the mapping parties, they had effectively mapped a community’s collective memory. The recent February workshop page showcases photos of the event, along with the handwritten maps, content created, and OSM contributions. 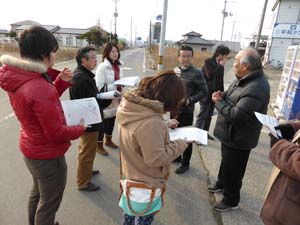 Walking the streets of Natori during LocalWiki/OpenStreetmap mapping party (source) 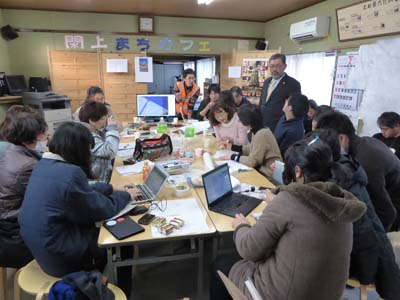 An unanswered question our visitors had was how to best interact with people experiencing the trauma of loss after the tsunami. They are addressing this concern by working with health workers from a local mental health facility who are interested in the potential therapeutic benefits of storytelling through this project.

We also learned about the Sapporo LocalWiki. This has been spearheaded by Professor Mikio and spread through word of mouth. The biggest spike in users was after a presentation to high school teachers, who ended up using the wiki platform to digitally preserve projects created by their students, and translated pages into English for non-Japanese visitors.

Our friends from Japan also wanted to know about our efforts here. They were interested in how Davis Wiki and the Oakland LocalWiki have been able to grow users, content, and general adoption. Mike shared the successes and failures of Davis Wiki, and Oakland LocalWiki volunteers shared their strategies and experiences for gaining broader visibility: using community events to expose the public to the wiki, and encouraging enthusiasts in specific areas like local history, current politics and community resources to use the wiki to document their knowledge. Overall, it was a symbiotic exchange of ideas. 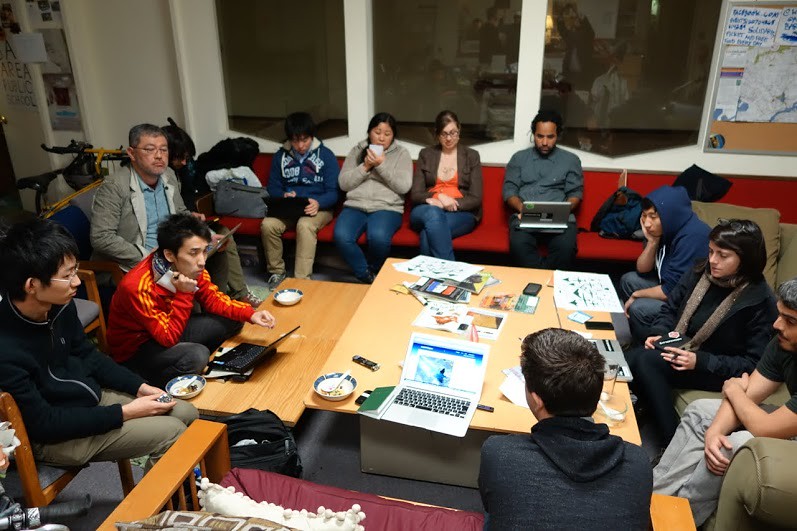 Most of us who are building LocalWikis in our communities have never been a part of a project like this before, so this kind of knowledge-sharing between groups is really unique and indispensable, and helps us all build better projects that we hope will eventually include the knowledge of everyone in our community.