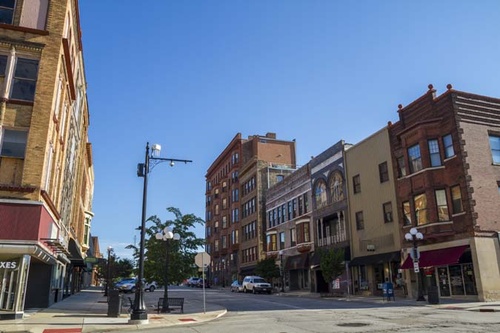 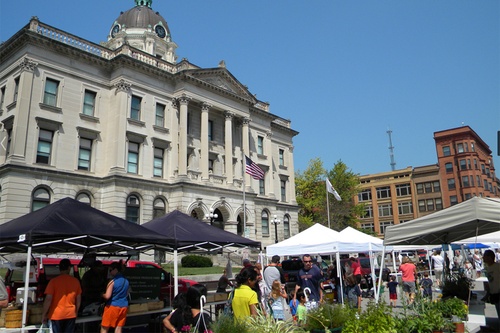 Bloomington was originally occupied by the Kickapoo people before the first settlers arrived in the 1820's. Once McLean County was founded and Bloomington was laid out, the Downtown area became a major commercial and business center for several counties nearby. In the early 1900's, a fire wiped out most of the Downtown area, especially around the courthouse. It was later rebuilt with the help of local architects such as Arthur L. Pillsbury, George Miller and Paul Moratz. For more information on Downtown Bloomington, visit http://www.downtownbloomington.org/22/36/41.html 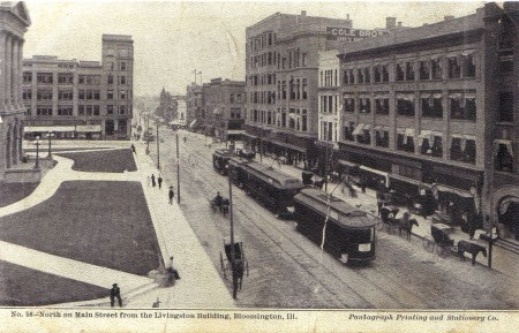 Behind the Glass Fine Art Gallery and Studio

Escape to the Moon Gallery

Merlot and a Masterpiece 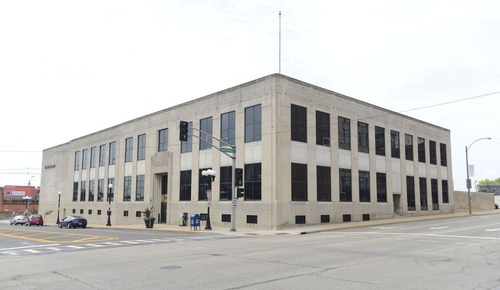 The Pantagraph was founded in 1837 by Jesse Fell and was originally named "The Bloomington Observer and McLean County Advocate." It currently serves the Bloomington-Normal Area as well as eight other counties in Central Illinois. The newspaper is owned by Lee Enterprises and its headquarters remain in Bloomington. For more information on the Pantagraph, visit their website at http://www.pantagraph.com/ 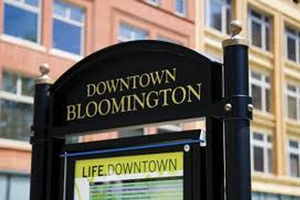 After the building of I-55 in the 1960's, Downtown Bloomington was less transited. As a result, business slowed and the area was no longer the main center of commerce. While many of the original buildings remain, new ones have gone up and changes and renovations have been made to older structures. However, there are still successful businesses in Downtown Bloomington, as well as history museums, art galleries, government institutions and residents. The community keeps growing every year and will continue to change and expand, while benefitting from what was left behind by prominent figures of the past.

Don’t forget about the nightlife downtown, when you are looking to change things up look no further than downtown. Present day downtown Bloomington is great place for locals to come together after dark and find entertainment of all kinds. Whether it is a late night out on the town getting drinks with friends and dancing the night away, or just grabbing a quick bite to eat and watch a quick sports game, Downtown Bloomington is the place to go. Although no longer considered the “main center of commerce," there is plenty to do.  The atmosphere is friendly and inviting, there is a lot of commotion on the streets and to some this may be off putting. Most people out and about are very friendly and who knows, you may even meet that special someone you have been looking for.  If you are twenty one or older downtown becomes a much more exciting place to be.

Once downtown you will have a wide variety of choices i.e.: (big, small, sports, country, dance, or even a more intimate place to grab drinks) all within simple walking distance from the last. There is a bar for every type of person, no matter what type of night you are looking to have downtown is the place to find it. Depending on the night you choice you will find different drink specials and different forms of entertainment. From live bands, open mics, karaoke, DJs and more every night is different and chances are there is a place for you. A variety of places offer darts, billiards, and on some nights bean bag toss games. While you are there don’t forget to check out the food. with array of quality cuisine all within walking distance.