Bloomington-Normal has been rumored to have a very haunted campus, ISU has many areas on its campus that are believed to be haunted. 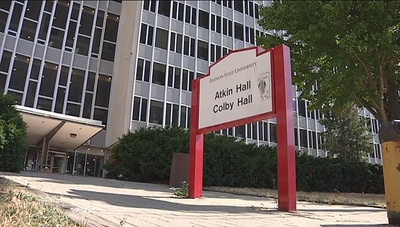 Atkin Hall - An eleven story high penthouse, the elevator only goes to the tenth floor and the eleventh floor is reached by stairs. Most people don't venture to the eleventh floor as a wave of depression and a very strong negative energy is felt almost immediately. No ghosts or noises have been heard on the eleventh floor, only the feeling of agony and depression. Atkin/ Colby is currently in the process of being demolished. 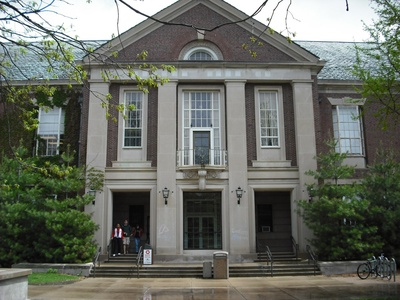 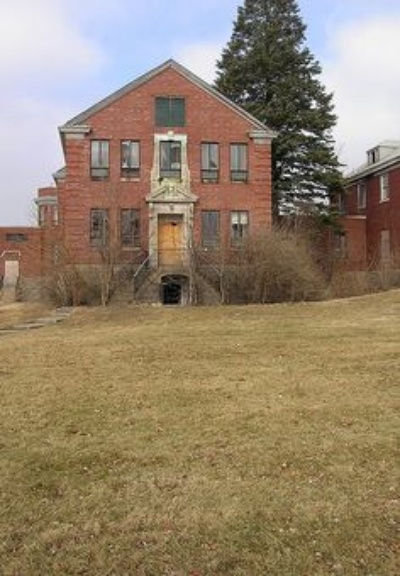 The last empty building on the ISSCS campus

Old Illinois Soldier's and Sailor's Children's Home - A place where men in a time of war would leave their children, so they would be safe while they were away. Supposedly at night, you can see tiny orbs flying around inside. There have been reports of feeling a huge wave of depression simply by driving by or walking inside the building. 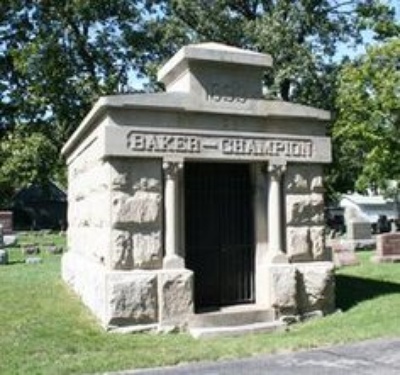 Evergreen Memorial Cemetery  Is reputed to be haunted . There have been several local paranormal research groups that have investigated this cemetery. There are several famous personages interred in Evergreen. Former Vice President Adli Stevenson is laid to rest there as well as David Davis and his family. Not only are there famous residents, The Cemetery itself is quite beautiful with tall majestic trees and well laid out paths throughout the cemetery. Many of the headstones are quite old. 1800's is very common there. I would recommend a nice quiet stroll through it sometime. Only in the daylight hours though unless you have special permission to be there after dark because the local police DO patrol there and WILL take trespassers to jail.

The Sigma Tau Alpha house on south Fell street, which used to be a sorority in 1975, is known to be haunted by a young girl who sometimes shows up there around night time. In  December of 1975, a young girl on the way home to her sorority house after a late night out was beaten badly with blows to the head right on her front steps. She was left there to die in the night in the freezing midst of December. Upon morning time she was found almost frozen to death with none of her possessions that she had the night before, having been robbed on the spot in front of her house. She was immediately rushed to the hospital. Upon Christmas morning she had passed away from being outside in the cold all night and severe hits to the head with what seemed like a big piece of metal such as a hammer or crow bar. There were vigils for this young girl just as there are for any deaths on campus. This is one of the saddest cases in Illinois State University's history. To this very day the case still goes unsolved, and it doesn't seem that there are many clues left, which means that the murders (men or women) are still out there. The family is still searching for answers. I am very close friends with all of the boys in the fraternity and they say that they have seen the ghost in the basement of the house casually minding her own business and then vanishes. The boys say that they aren't frightened of the ghost because in the past she was there for a good reason and that she is more than welcome to stay at the house that she once called her home. Some say the presence of a ghost is kind of cool in a weird, frightening way. If there is anyone that knows anything regarding this case please come forward to help the family find justice. 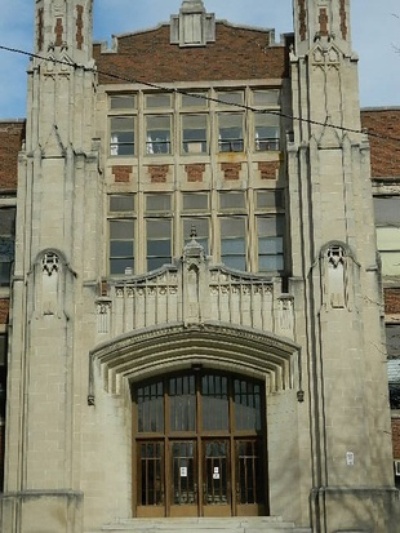 It is said that a teenage boy is supposedly haunting the old junior high school. During a basketball game, he had vomited, but aspirated because he didn't want to be embarrassed in front of the crowd. It is rumored that you can hear on the third floor doors slamming and rattling, as if someone was trying to get in a room. Also other accounts have been that you can hear music playing loudly, and when going to investigate the noise, it stops as quickly as it began. 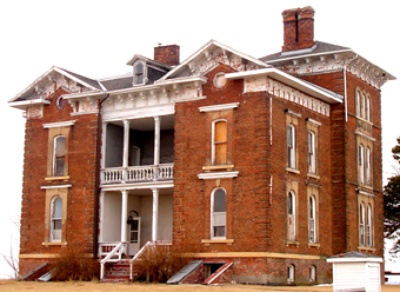 Local lore has it that William Duncan, the former owner and builder of this Italianate Style farm house in Towanda, kept slaves captive during the Civil War era. Many people claim they get EVP readings, EMF detectors go crazy, and other things. Popular belief as well is that the house was part of the underground railroad during the emancipation of slaves.