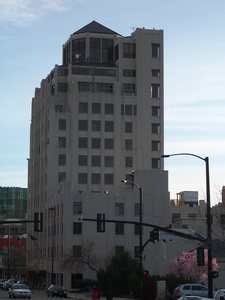 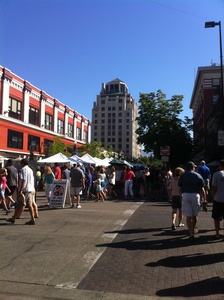 Hoff Building in the background of farmers market.*

*Photo by P. Browning permission to copy/reproduce for educational purposes only.