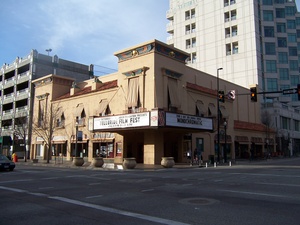 Egyptian Theatre The Egyptian Theatre opened in 1927 from architectural designs by the firm of Tourtellotte & Hummel. It barely survived the "Urban Renewal" the struck downtown Boise in the 1970s and has been restored to it s mostly original appearance. It is also said to be one of the more haunted buildings in Boise, and was featured on the Travel Channel show Ghost Stories in 2009. Anyone have any sightings or stories of paranormal activity to share about the Egyptian Theatre?

From the Perrault Building, look to the opposite side of the intersection of Main & Capitol. There, on the Northwest corner, you'll see the Egyptian Theater designed by Frederick Hummel and John Tourtellotte.

On April 19, 1927 the Egyptian opened up to show 'Don Juan' starring one of the most popular actors of the time, John Barrymore. The theater opened up during the era of silent films, and boasts a Robert Morton Organ that is currently under restoration. To celebrate a milestone in the restoration, the Egyptian hosted an event on October 29, 2010 with a live organist playing the score along the original Phantom of the Opera.

In the 1930's the Egyptian changed names to the Fox, then the Ada theater in the 1940's. The Egyptian name was restored in 1979. The theater was designed and named after the Egyptian tombs that were discovered in the 20's shortly before the theater was built. This style became extremely popular in theater design, and the Egyptian in Boise is thought to be one of the last of that era still standing.

Through the development of technology, the Egyptian has stayed up to date while holding onto what made the theater famous. Silent and 35mm films are still shown at the Egyptian as well as concerts, as well as DVD and theatrical movie premiers.

The Egyptian almost saw the same fate as the old City Hall and other legendary historic buildings in the name of urban renewal in 1977, but thankfully was saved thanks to an outcry from local citizens and purchased by a local businessman named Earl Hardy. 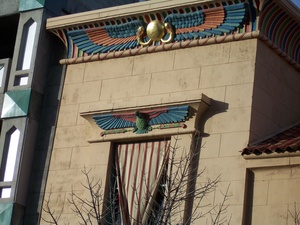 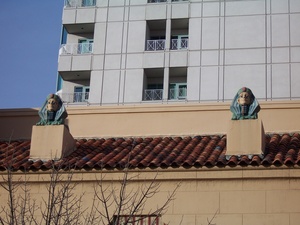