Interested, fascinated, or obsessed with paranormal activity? Boise, Idaho is home to many old structures supposedly haunted with ghosts. This tour will take you to many popular sites, give you some history about them, and who knows what you may experience yourself. A map below illustrates the path the tour will take. Our first stop on the tour is the Old Idaho State Penitentiary, or “Old Pen”. This old prison is one of the most haunted penitentiaries in the United States. 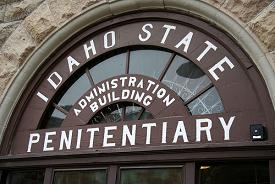 The Old Idaho State Penitentiary Throughout the course of the Old Penitentiary’s operation, 1872 -1973, the prison housed over 13,000 inmates including 222 women. Not all of these inmates were placed here for murder, some for forgery, robbery, or polygamy, but the murderers make the haunting of this old site so captivating. One inmate, Harry Orchard, was sentenced for the crime of assassinating former Boise Governor, Frank Stunenburg. Orchard began his sentence in 1908, chose not to be released, and died in the prison on April 13, 1954. Orchard served the longest term ever served at the Old Pen, 46 years. Harry Orchard died of natural causes, but there were others who weren’t so lucky. There were ten executions performed by the prison from 1878 to 1957.

An inmate by the name of Douglas Van Vlack had been sentenced to death for kidnapping and murdering his wife and two policemen, but on the day he was supposed to hang, he got loose from the guards and climbed three sets of stairs to reach the cellblock rafters. He is said to have sat on a beam in the rafters for a half hour, and then after shouting, “I have a right to choose the way I die”, he fell to the concrete floor thirty feet below and would later die of his injuries received.

One of the most infamous inmates, Raymond Allen Snowden who became known as “I Idaho’s Jack the Ripper“, was the only person executed inside prison walls, and was also the only person to be executed in the in the maximum security “5 House” gallows. Snowden was convicted for brutally murdered Cora Dean, a Boise citizen, by severing her spinal cord and stabbing her repeatedly. In his confession Snowden said that when Cora resisted his sexual advances he took out his knife and gave her a choice: “Take your pick, honey, rape or death!” She refused, and he slashed her throat. He was also said to have killed two more men, but was never convicted for those crimes. The knife used to murder Cora Dean was found in the street gutter near Hannifin’s Cigar Store, which is our last stop on this tour.

October 18, 1957 Raymond Snowden was punished for his crime, he was hung to death. However, this was not a normal hanging. When the trap door was released to drop Snowden to his fate, the observation glass window, separating him from the witnesses, shattered from the rattling. Snowden dropped through the floor, but his neck did not break as it was intended, consequently he struggled for almost fifteen minutes while the observers upstairs could now hear him suffering since the window separating them was broken. This gruesome death is the interest of many ghost hunters, specifically, Zack Fagan from Ghost Adventures, who specifically traveled to Boise to see this eerie penitentiary.

As Boise became more developed, the standard of life became higher. Inmates in the 1970s became upset with prison conditions and as a result they rioted twice, once in August of 1971 and again in March of 1973. Buildings were damaged and badly burned, and the destruction is still visible today. A new correctional institute was built outside of Boise and many prisoners were being transferred there in the last few years of the Old Pen’s operation. Finally, due to the unchanging harsh conditions, the Old Idaho State Penitentiary was officially closed in December 1973. Today the prison is an operating historical museum where you can go to learn a little Idaho history, or go on a tour and see the old buildings and possible be visited by one of the alleged ghosts. http://history.idaho.gov/old-idaho-penitentiary-history 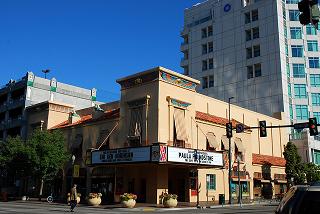 The Egyptian Theatre The second stop on our tour brings us to the Egyptian Theatre in downtown Boise, 700 W. Main St. King Tutankhamen’s tomb was discovered in 1922 and “Egypt Frenzy” began across the world. One artifact found in Tutankhamen’s tomb, the Book of the Dead, inspired much of the theatre’s design. The Book of the Dead is an Egyptian hieroglyphic funerary book that was placed in the sarcophagus of those mummified in ancient Egypt. These deathly images begin our eerie experience at the theatre. The theatre’s designer, Frederick “Fritz” Hummel, used designs from this book and also from the Sid Grauman’s Egyptian Theatre in Hollywood to create a masterpiece of a theatre.

The doors to the theatre opened in 1927 by showing the film, Don Juan. Throughout 84 years, the theatre has been threatened by urban development, but it still stands in the same location in the heart of downtown Boise. The theatre is the only single-screen theatre left in Boise, as new cinemas emerge with multiple screens. The Egyptian was added to the National Register of Historic Placed in 1974 and is a stunning attraction. It is not only famous for the viewing experience, but also for the beautiful design, and for the supposed ghost who occupies the building.

Staff and visitors alike have claimed to sense paranormal activity in the Egyptian Theatre. Some disturbing occurrences such as doors opening and closing on their own, lights tuning on and off while no one is operating them, ghostly voices, and strange noises have been reported by the guests. The theatre staff thinks they have an idea who the ghost causing these disturbances is, but the lack of hard evidence still gives room for interpretation. A projectionist, named Joe, worked in the theater from the beginning of the theater’s operation in the late 1920’s until his death in the 1950’s. It is said that Joe’s died from a heart attack he suffered while climbing the stairs up to the projection booth, but there are no physical reports about this incident. The staff at the theater believe this was due to the concern that his death would scare customers away, so they kept quiet about the incident.

In 2009 the Travel Channel’s “Ghost Stories” did an episode focusing on the Egyptian Theatre. In this episode, local reporter Dan Hamilton, and members of the International Paranormal Reporting Group spoke about their experiences inside the theater. The episode concluded by stating that the Egyptian Theatre is “…the most haunted building in Boise”. http://www.egyptiantheatre.net/ 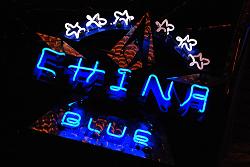 China Blue Our next stop, around the corner at 100 S. 6th Street, is now a nightclub called, China Blue. Many college students like to party and dance here each weekend, but before this bar was located here the building was a social athletic club that entertained many German Americans. Germans began being discriminated against as World War I emerged, and consequently the athletic club shut down.

Each story about who is haunting this building today is a little bit different, but one thing remains constant: many people believe it to be haunted. There are multiple stories some about a girl dying in the elevator from a stroke, another of a gruesome murder from the past. Who knows what happened in this old building, but paranormal enthusiasts from all around the country come to see what they can find.

Hannifin's Cigar Store Finally, our last stop wraps up our tour and connects a few stories together. Hannifins Cigar Store on 1024 W. Main Street is an old business in an old historic building downtown. The business of this cigar store began in 1904, but did not move to its current building until 1908. John Hannifin bought the store from the original owner, Edmund Salmon, and moved it to its current location on Main Street. Hannifin’s descendents no longer own the business, but the name still continues to hang above the store because of the history and allure the shop has in Boise. Raymond Allen Snowden, the infamous inmate from the Old Pen (mentioned above), is yet again said to be the cause of the haunting in this small store. On the night Snowden brutally murdered Cora Dean, it was reported that he discarded his knife in the gutter and walked into Hannifins Cigar Store. The staff working that night told authorities he simply came in and headed straight for the bathrooms. Earlier threats about severing a girlfriend’s spine and the bloody pocket knife found in the gutter were more than enough to convict Snowden.

The staff of Hannifin’s Cigar Store have described many different instances of hearing footsteps walking toward the bathroom, or seeing obscure shadows shaped like a man pace the floor. These instances intrigue enthusiasts to visit and that is why this store wraps up our ghostly tour. 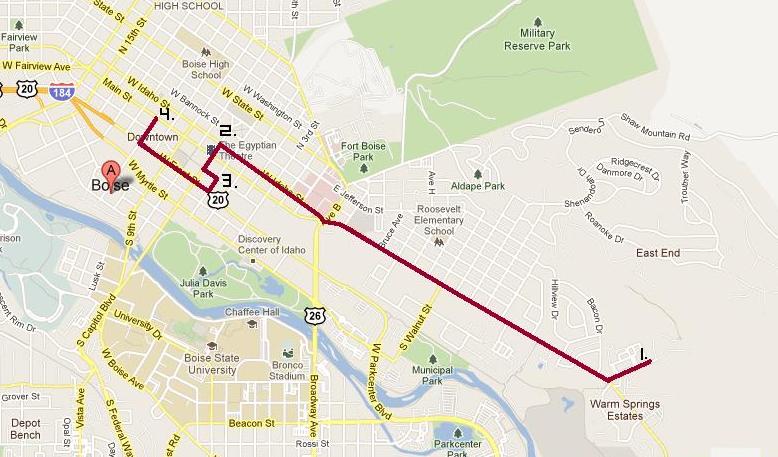