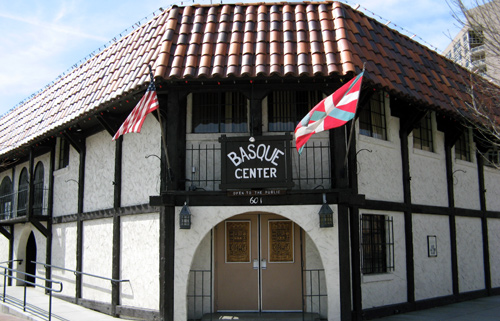 In Spain, the Basque culture revolved around the house from which they resided. A village was comprised of a series of houses in a general area. The village would have a gathering place where two representatives from each house would meet at least once a year to discuss and determine what issues needed to be addressed for the following year. One representative would be appointed to represent the village at the Regional gathering.

When the Basque came to the United States they continued the custom of congregating on a regular basis to meet the needs of the people. It was this ideology that developed the modern day Basque Centers in the U.S. These centers continue to support the Basque people today, and have evolved into a place that preserves the Basque heritage. Boise’s Basque Center is a cultural meeting place located on the “Basque Block” which also contains the Basque Museum and Culture Center, the Fronton Building, Gernika Basque Pub and Eatery, the Basque Market, and Leku Ona Basque Restaurant.