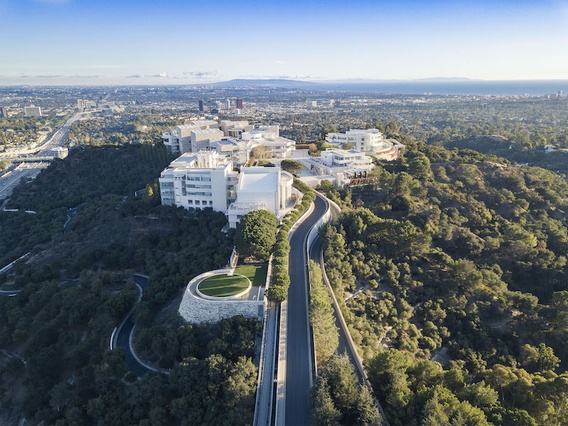 
The Getty Center located in Los Angeles, California is a $1.3 billion center opened to the public on December 16th, 1997. The Getty is most known for its architecture, gardens, and breathtaking views overlooking the city of Los Angeles. The Getty consist of the Getty Museum and other programs of the Getty Trust. The Center sits at the top of a beautiful green hill connected to a visitors' parking garage at the bottom of the hill.

The Center is specifically located in the neighborhood of Brentwood and is one of two locations of the J. Paul Getty Museum drawing in 1.8 million visitors annually to take in the sweeping views, impressive art collection and the sprawling garden. The museum is split into different branches - the center branch features pre-20th-century European paintings, drawings, sculptures, decorative arts, and illuminated manuscripts all from the 1830s through present day from around the globe.

The Getty Center is as popular as ever with media and public interest all around the world. Gaining publicity through Ridley Scott's All The Money in the World, a crime-thriller based on the 1955 book Painfully Rich: The Outrageous Fortunes and Misfortunes of the Heirs of J. Paul Getty. There is also FX television show, Trust that came out in 2018 which is also inspired by events surrounding the kidnapping of John Paul Getty III. The six-building art campus of The Getty Center has now celebrated over 20 birthdays. 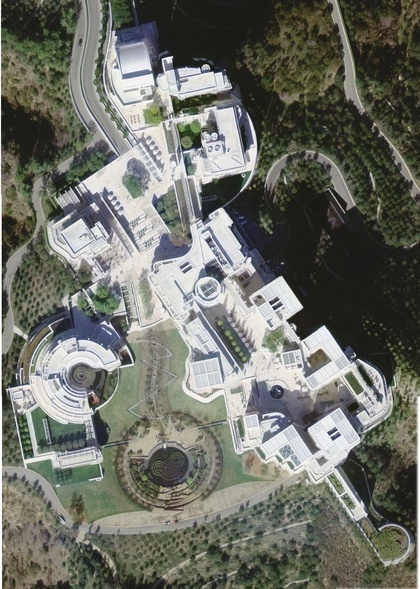 Along with the museums collection at the center there is other outdoor sculptures being displayed on terraces and among both the gardens and the large Central Garden designed by Robert Irwin. One of the most recognizable pieces of art is the Vincent Van Gogh painting Irises.

Architect Richard Meier designed the campus which is also where the Getty Research Institute, the Getty Foundation, and the J. Paul Getty Trust can be found. The Center's excellent design includes special provisions in order to address any concerns regarding earthquakes and fires.

For those who doubt the abundance of culture in Southern California, Ron Hartwig points to the exhibit Pacific Standard time, which has seen over 84 exhibitions of Latin American and Latino art at over 70 institutions, sprawling from San Diego to Santa Barbara and Palm Springs. PST:LA/LA is the perfect example of what happens at The Getty Center that visitors don't see.

According to the Getty Trust terms, they are required to spend a portion of their ginormous endowment every year. Meaning that the Getty Foundation provides funding for various art endeavors. For example, a $16 million was awarded to support PST. In addition, the Foundation has paid for the training  of conservationists to preserve 15th and 16th-century old oil paintings on wooden panels.

Underground you'll find the Getty Conservation Institute, where experts are developing methods to protect and preserve materials such as mosaics. Additionally, the Getty Research Institute has invited historians and researchers to do to do their work in its library that contains over 2 million volumes, digital connections to libraries across the world and archival holdings. In addition, there is even an apartment where researchers may live for up to a year.

The Long Road to Building The Getty Center 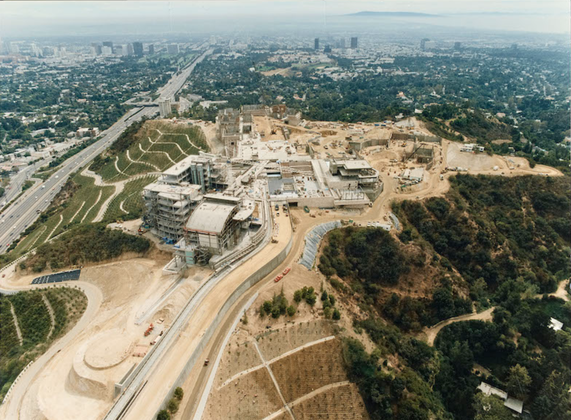 The Getty Museum was named after Jean Paul Getty, founder of the Getty Oil Company. Getty accumulated a fortune so large that, at one point in time, he was declared the wealthiest man in the world. Though known as a very frugal man, Getty spent most of his money on the arts, more specifically on collecting them. Upon his death bed in 1976, Getty left majority of his fortune - $700 billion, to be specific - to the Getty Museum in Malibu. 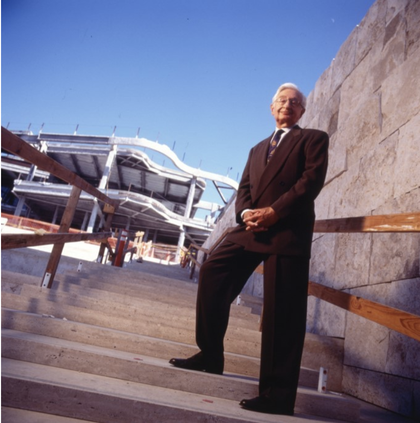 Harold M. Williams, founding president and CEO of the J. Paul Getty Trust during the construction of the Getty Center. 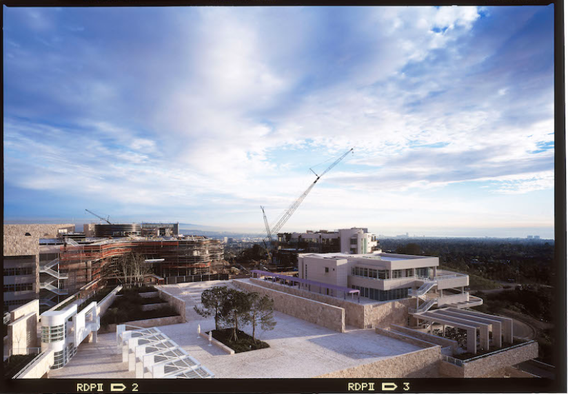