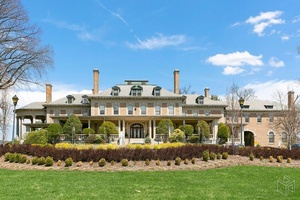 The town of Montebello originated from the Italian word “beautiful mountain”. The village has a total of 4.4 square miles. The town is surrounded by beautiful mountains that offer a perfect scenery for sunset, great hiking trails and provides a quiet suburban area located forty-five minutes away from New York City. Montebello is known for famous estates, Thomas Fortune Ryan was a very wealthy New York Finicaner, the mansion offered a beautiful view of the mountains, he called the mansion “Montebello” due to the view of the mountains. The estate has amenities as a two-lane bowling alley, an electric elevator, a private chapel, a greenhouse, 13 fireplaces and in all, over 44 rooms. 1,000 acres. He also built five other similar smaller mansions for his son’s around the area. The Ryan family had estates all over from a beautiful place on fifth Ave, and homes in  Washington, D.C. and Lovingston, Virginia. Thomas was a very religious catholic man and was known to be the tenth richest man in the nation.

The land now is a luxury community for adults around the age of 55 and over. The home style offered is condo's that were built 2014-2015 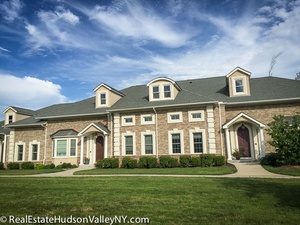 Indian Rock is known as a historical landmark. The famous landmark is located in the village of Montebello, Rockland county New York. The famous name Indian rock came from the originator who originally first discovered Montebello which were Native American Indians. The rock is known to be a very large Glacial erratic, that was created in the Proterozoic Precambrian era. The creation of the rock was around 1.2 Billion to 800 million years ago. The estimated weight is between 17,300 tons. This rock originated from the Ramapo Mountains and Hudson Highlands. The rock is a single boulder and was moved by the internal glow of continental ice. This occurred 21,000 years ago. Although not much can be done with a very large rock, the Native American’s found it to be useful. The Native American group that discovered this rock was known as Kakiat Indians. A tale that took place in the early eighteen century mentions how the Kakiat Indians were leaving their ancestors and their hunting grounds on. Heading west they stopped at Spook Rock and put their offerings and conducted a final feast in their discovered land by their ancestors. In 1996 the Village known as Montebello conserved the rock by creating a shopping mall around it. 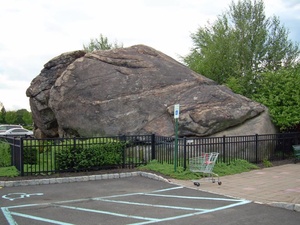 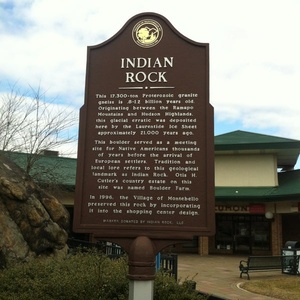 I moved into this area at a very young age, I grew up in this town. I’ve heard famous tales about the historical land located in Spook rock. One famous tale that I have heard throughout my time of living here would be the story of a young Dutch girl falling in love with a Kakiat Indian. A young beautiful dutch woman met her lover who was a Native American lover at Spook Rock where the Rock is located. Dutchmen were outraged about the interracial love the two had for each other. Dutch settlers climbed to the top of the rock and murdered both individuals. This resulted in a brutal revenge backlash. The Native American tribe Ramapough Mountain Indians felt the Dutch settlers disrespected their tribe as a result of revenge Native Americans kidnapped the settler's daughter, put her on top of Indian Rock and brutally murdered her as a sacrifice. Although I believe in spirits that linger on earth. Out of my 19 years of living on Spook Rock road, I have not experienced or heard anything unusual. I have visited Indian Rock a lot of times, for appointments, picking up prescriptions, getting McDonald's or outback.