Home of the Original Chicken Wing

The Anchor Bar and restaurant has been up and running since 1935. It's become one of the cities most popular places to not hang out and grab a drink but also family friendly. Its located in the northern portion of Buffalo, NY and continues to uphold it's reputation for the best food and drinks in the city. 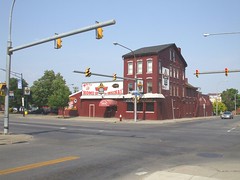 Anchor Bar didn't get it's title of being the "Home of the Original Buffalo Wing" from anywhere. It all started when the wife and co-owner Teressa Bellisimo was given the task of turning an accidental order of chicken wings into something edible for the customers. She then decided to deep fry the chicken wings and cover them in hot sauce and butter. It has been a hit ever since she debuted the finger licking snack in 1964. Now over 20 years later the Anchor Bar has over 4 different wing sauces online and in stores all over the U.S. and Canada.  The Anchor Bars original location in Buffalo, NY continues serving those of all ages, creating smiles one wing at a time.1 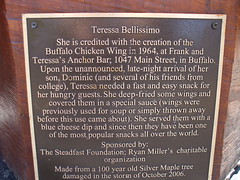 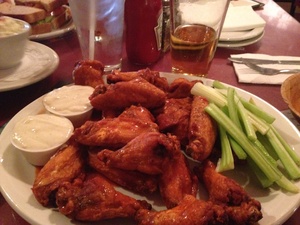