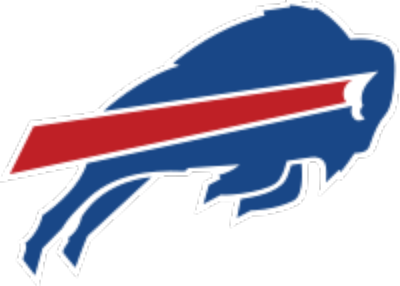 This is the current logo for the Buffalo Bills

The Buffalo Bills are a professional football team that compete in the National Football League (NFL). The Bills play their home games at New Era Field in Orchard Park, New York. The Bills play in the American Football Conference East Division.

The team was founded in 1960, they were formerly owned by Ralph Wilson but  are currently owned by Terry Pegula who also owns the Buffalo Sabres, purchased the team in 2014. The team hold their summer training camp at St John Fisher College in Rochester.

The Bills have had many NFL Hall of Famers to have played for them, including Bruce Smith, Jim Kelly, OJ Simpson and Thurman Thomas.

The team recently drafted current quarterback Josh Allen out of Wyoming with the 7th overall pick in the 2018 NFL draft, hopes of Allen becoming the teams franchise quarterback in the near future. 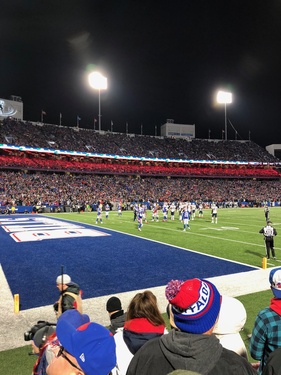 New Era Field during the Monday Night Football game against the Patriots, Photo by John Propis (2018)