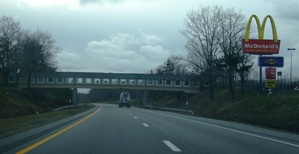 The Interstate 90, Angola Service Area is an interesting feature of the NY State Thruway in the Buffalo area because it is built on the divider between the east and westbound lanes and has covered pedestrian bridges spanning lanes in both directions. Located at milepost 447 between exit 57A (Eden-Angola) and exit 58 (Silver Creek)

The Service Area features Visitor Info, E-Z Pass on the Go, WiFi, ATM, restrooms as well as the following: 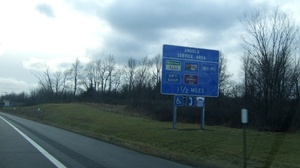 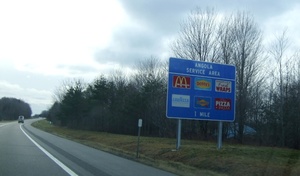