The birth of the falls is traced back to the Glacial Period over 12,000 years ago.

Later down the line in the 1860s, landscape architect Frederick Law Olmsted started advocating for the Falls preservation. He, along with a group of environmentalists, had concerns about industrialists using the Niagara River as a power source as it significantly decreased the water flow.2 With the help of state surveyor James Gardner, Olmsted and the environmentalists created a public campaign called "Free Niagara” to gain public support for their cause.2 They wanted the exploitation to stop so the surrounding land and falls could be preserved and protected. Because of this, in April of 1883, a bill was passed by then-governor Grover Clevland to make Niagara Falls a state reservation.1 This bill allowed public access to the falls and marked the beginning of its protection and preservation.1 Olmsted, famously known for designing Central Park in New York City, designed Niagara Falls State Park as well.3

Established in 1885, Niagara Falls State Park is the oldest state park in North America.1 The U.S portion of Niagara Falls includes the American Falls, Bridal Falls and a portion of the Horseshoe Falls (aka Canadian Falls),  and a number of attractions. 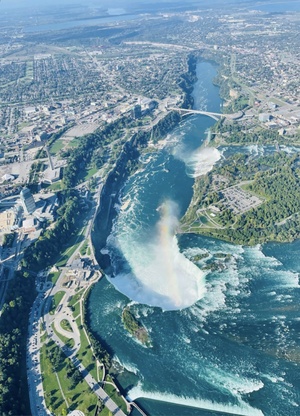 Photo by Chitra Saravanan on Unsplash 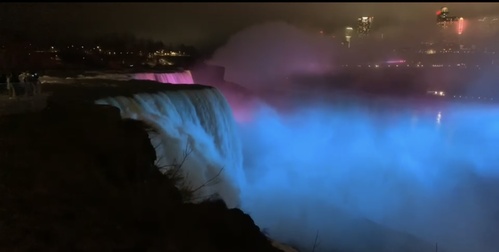