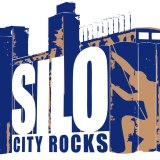 Silo City Rocks! is a grain silo on the Buffalo River that is being converted into a climbing and recreational facility. The facility is located at 105 Childs St in Buffalo and when completed is expected to have multiple climbing walls inside and out, jogging tracks, and community facilities as well as a yoga studio. The project has faced multiple setbacks and controversy regarding it's completion. After missing the initial May 2014 opening date, an official opening date for Silo City Rocks has not been set.

Silo City Rocks started as a post on IndieGoGo.com, where founders Jason Schwinger (who also owns the company Buffalo Harbor Kayak), Kevin Cullen and Jason Mendola posted a campaign asking for funding to develop "an empty grain silo on the Buffalo River into a World-Record setting climbing & outdoor recreation facility," that was to include climbing routes both inside and out, caves to climb, sport friendly routes for running or jogging, community rooms, education lounges and a yoga studio.

The initial amount requested by the group on March 12th, 2013 was for USD $23,000. The funding was listed as going towards the rubber flooring for the facility, heating and lighting for the community rooms and yoga studio, and rock-climbing equipment such as hand-holds, safety anchors and "approximately a 'mile' of rope."  Donations could be made as low as $15, or as high as $5000, with most contributors choosing the $25 option that included a future day-pass and a sticker. The campaign ran until April 14th, 2013 and a final total of USD $24,112 was raised for the start-up.

To keep people informed on the progress of both the campaign and construction work, a Twitter page, Facebook page and website were set up, showing pictures and progress. An initial opening date was set for May of 2014.

Work began on March 5th, 2013, a week before the campaign began. The major projects at first included making the walls climbable, putting in the flooring, and making the tracks and facilities.
The project began to take a turn later into the construction, as it was realized that the walls of the structure needed a lot of repair, and the roof of the facility was leaking badly, and needed to be repaired/replace. The facility also needed to be weather-proofed, extending the release date repeatedly and taking up a lot of the funding.

After the May 2014 opening date passed, the company's social media outlets went silent.The Twitter page has not updated since May 12th, and both the Facebook page and website have since been taken down. A Yelp page set up for the company now lists the facility as closed, with one commenter stating that they "Spent 25 mins driving around looking for this place only to find out it is out of business. It should be taken down from yelp!" Another commenter on their IndieGoGo page voiced frustration at the lack of updates from the group on their progress, and that they regretted donating money and would switch to KickStarter as a result.

On December 8th, 2014 WGRZ posted an article and video on their website and aired a story on their network with the tagline "Beset by obstacles, there is still no firm indication of when climbing adventure will get off the ground.". The video and article stated that construction was taking much longer than anticipated and that funding was a difficulty, but according to Kevin Cullen, they have not stopped working on it. Cullen stated that they were naive in picking such an early opening date for Silo City Rocks. According to Jason Schwinger, they got in over their heads and learned a hard lesson, and they were still looking for major investors to help fund the project. Schwinger also stated that it will take more than $100,000 to finish the building, and they have considered switching to another facility that is in need of less repairs, but that is not the preferred option.

Dave McKinley of WGRZ mentioned that the perks promised to backers as a result of donating to the campaign for the project, according to IndieGoGo, needed to be given out regardless, but that had to be discussed between the donors and Silo City Rocks, not the website.

Since the article was released, Silo City Rocks has still not updated any of their social media outlets, and there are still questions about whether the facility will be completed or not.