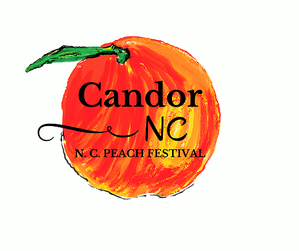 The Candor Peach Festival is held every third Saturday in July. The town of Candor was founded by peach farmers and the fruit has been grown around the area ever since then. The Peach Festival is a way the town honors and cherishes its history with the fruit.

The event starts off with a parade at 10 am going down Main Street with many of the people participating in the parade being farmers and local businesses.

After the parade people can head down to Fitzgerald Park where they can stop and buy from vendors selling everything from Peaches (of course) to homemade soaps and food.

There are live music and dance performances located at the park and different carnival games for children.

Past Performances have included bands such as:

There is also a cooking competition where people can submit their own food made with peaches as its main ingredient. The competition is held at the town at at 8:30 am.

The event ends at 4 in the afternoon after the last band performs at the park.