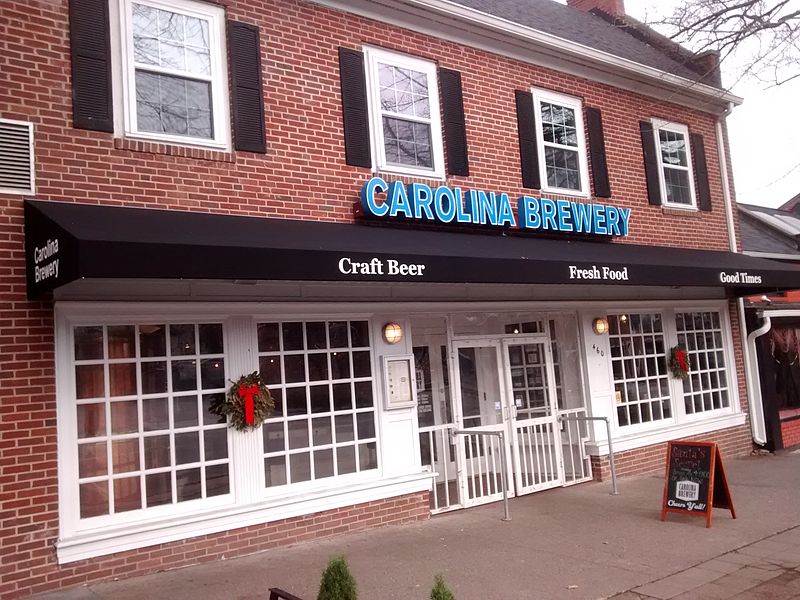 Carolina Brewery is a restaurant and brewery in Chapel Hill that is located at 460 W. Franklin St. There is also a Pittsboro location at 120 Lowes Drive. The Franklin Street location was opened in 1995 by owner Robert Poitras, who graduated from UNC Chapel Hill with honors. Poitras gained an interest in craft beer after trips to Europe and California exposed him to local craft brewing customs.

The Chapel Hill menu includes a variety of American eats such as chicken wings, burgers, fries and hush puppies, in addition to tacos and burritos. Carolina Brewery also serves brunch every Saturday and Sunday from 10:30 a.m. to 2:30 p.m. The publike restaurant has a patio and sports on TV.

Carolina Brewery uses local ingredients for many of their menu items, including the “Local Burger.” They get their beef from Lily Den Farms, and their cows’ diets consist of the brewery’s malted barley that is left over from the mashing process during brewing.

The brewery holds regular events that feature deals and special menus. These events include Thirsty Thursday in Chapel Hill, fried chicken and trivia on Wednesdays in Pittsboro and $3 pint night on Tuesdays at both locations. Carolina Brewery also holds private events with catering at both locations and has beer vans to “bring the brewery to you.”

In March 2020, the Chapel Hill location partnered with delivery company Takeout Central to help patrons support local restaurants during the COVID-19 pandemic. In April, the brewery teamed up with UNC alumnae to feed health care workers at UNC hospitals.