The Chapel Hill Alliance for a Livable Town is a political action committee in Chapel Hill, North Carolina, and has been active since early 2015. CHALT’s platform focuses on keeping the character of Chapel Hill as a small, college town, ensuring affordability into the future and protecting the environment. 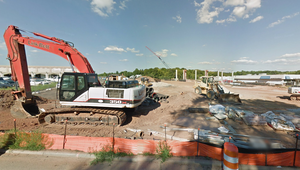 Construction in the Ephesus-Fordham district, an area of concern for CHALT.

CHALT began after a group of town residents felt the Town Council failed to address many of their concerns about managing Chapel Hill’s growth in an environmentally responsible way. Plans for the PAC began in late 2014 with the group officially launching in January 2015. Tom Henkel and David Schwartz co-founded the group.

Residents had the opportunity to provide input during the drafting process, and CHALT notes that the platform will continue to evolve. The CHALT platform focuses on five main goals for the town:

1. Protect and improve what residents value in the community.

CHALT cares about providing safe biking and walking paths as well as improving access to parking and buses.

CHALT favors development that brings in more tax revenue than it costs taxpayers. It also advocates for consulting local experts in regard to design and using floodplain mapping.

4. Promote housing, work and shopping for residents of all income levels.

CHALT advocates for addressing zoning policies that take away housing for families with moderate income. It also wants the town to recruit enterprises that will provide greater employment opportunities and to encourage local businesses and stores that provide items at affordable prices.