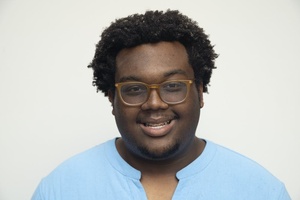 Photo by Angelica Edwards for The Daily Tar Heel

Lamar Richards is the student body president-elect at the University of North Carolina at Chapel Hill for the 2021-2022 school year. Richards, a sophomore, ran against junior Keshav Javvadi and received 59.7 percent of the vote.

Lamar based his campaign upon five values:

Hailing from Columbia, South Carolina, Richards attended STEAM Early College Academy and South Carolina Governor’s School for Science and Mathematics. During high school, he was president of the South Carolina chapter of the National Beta Club, where he led over 30,000 members.

Richards has been recognized twice by the South Carolina Legislature for “outstanding achievements and personal gains.” He has worked in multiple nationally recognized research labs including a cellular and molecular biology lab at the University of Pittsburgh Medical Center, theoretical physics and astronomy lab at the University of South Carolina and general physics lab at Midlands Technical College.

Richards is a U.S. Presidential Scholar working toward a Bachelor of Science in clinical psychology and public policy. He specializes in organizational leadership and higher education policy.

Richards also works with the National Society of Black Engineers (NSBE), National Council on Undergraduate Research, the Honors Vocal Concert Chorale and has a new role on the Campus and Community Advisory Committee where he plans to create equitable opportunities for students of color.

As chairperson for the Commission on Campus Equality & Student Equity, Richards has been interviewed by The Washington Post, The New York Times and NBC News about the impact of the University’s coronavirus response.

Moving forward, Richards is dedicated to creating an administration that will welcome and boost minority voices.