The Mesa LDS temple is is the seventh operating temple of the LDS Church. Located in the city of Mesa, Arizona, it is the first of six LDS temples built or planned in the state.

Numerous colonies had been set up in Arizona by the church during the last half of the nineteenth century, and plans had been discussed for a temple in the area as early as 1908, but the start of World War One halted the process. The plan to build a temple in Mesa, Arizona was finally announced on October 3, 1919 and a 20-acre (81,000 m2) site was selected and bought in 1921. The site was dedicated shortly after on November 28, 1921 and on April 25, 1922 the groundbreaking ceremony took place. Heber J Grant conducted the ceremony. 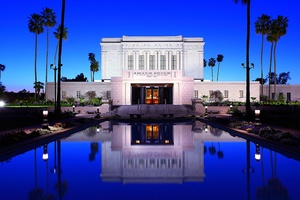 The church decided to hold a competition for the design of the temple with the exception of only inviting three Salt Lake firms to participate. The winning design was proposed by Don Carlos Young, Jr. and Ramm Hansen. Announced in 1919, only seven years after Arizona had achieved statehood, it was one of 3 temples announced and constructed to serve outlying LDS settlements in the early part of the century.

The Mesa Temple was closed in February 1974, for extensive remodeling that equipped the ordinance rooms for motion-picture presentation of the endowment sessions, and that added a new entrance and an additional 17,000 square feet (1,600 m2), providing larger dressing rooms and increasing the number of sealing rooms. Spencer W Kimball re-dedicated the temple on April 16, 1975.

On June 27, 2017 the LDS Church announced that beginning May 2018, the temple will close for renovations that are anticipated to be completed in 2020. When the renovations are completed, a public open house will be held, followed by the temple being rededicated once more. 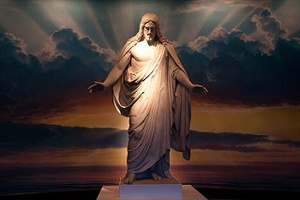 During Christmas there is a light display and a nativity scene. During late March to early April, the temple hosts the Mesa Arizona Easter Pageant Jesus the Christ, which attracts approximately 150,000 people annually and is the "largest annual outdoor Easter pageant in the world." 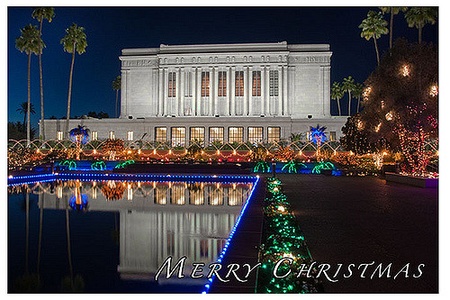