Time-Out Restaurant is a well-known Chapel Hill eatery frequented by the town’s residents and students at UNC-Chapel Hill. It is located at 201 E. Franklin St., at the corner of Henderson Street. 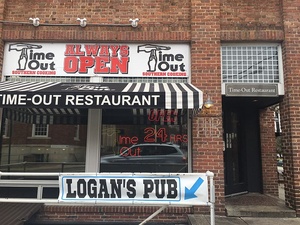 Known for its chicken n’ cheddar biscuit, Time-Out was opened by owner Eddie Williams in May 1978 at 133 W. Franklin St, in the old University Square development. In August 2014, Time-Out moved to its current location once its former space was acquired for the Carolina Square development.

In addition to its Southern-style cooking, Time-Out is also considered a Chapel Hill landmark by many and is known for remaining open 24 hours a day, the first Chapel Hill restaurant to do so. Williams based his decision to keep Time-Out open around the clock on the need to provide dining options to late-night workers and students.

“I was driving around Chapel Hill late one night, after visiting the UNC Medical Center, and I noticed how few late night food options there were for those visiting the hospital,” Williams said. “As a small-business owner, I knew that being open 24 hours a day was a big commitment. With the support of my wife and family, Time-Out became the first 24-hour restaurant in Chapel Hill.”

In addition to its physical location, Time-Out also has a food truck, and in 2017 began licensing select menu items to other area restaurants. The restaurant also does catering for groups ranging from 10 to 180 people.

Williams’ sports fandom is reflected inside of Time-Out, where many visitors enjoy not just the food but also the atmosphere and the UNC memorabilia-decorated walls.

Aside from the chicken n’ cheddar biscuit and 24/7 service, Time-Out is known for its other Southern cooking staples, such as fried chicken, fried okra, collard greens, green beans, sweet potatoes and mashed potatoes. Eating just one item at Time-Out is seen as a rite of passage. “You have to eat here before you graduate,” a UNC student told Travel Channel.

Time-Out was featured on a segment of Travel Channel’s show “Man vs. Food” in 2009. Host Adam Richman tried the famous chicken ‘n cheddar biscuit, which “melts two slices of sharp cheddar on a perfectly seasoned, mouthwatering, boneless chicken breast and stacks it all in the middle of a buttery biscuit.”

The segment detailed the process of making the biscuits, which includes using a special tray that bakes 49 biscuits at once, with 30 trays each day, coming out to over 1,400 biscuits baked on a daily basis. The televised feature inspired Williams to add a “Man vs. Food” combo special to the menu, which replicates the meal eaten by  Richman. Time-Out has also been featured by Cooking Channel, TODAY, Buzzfeed, Men’s Journal and CNBC. 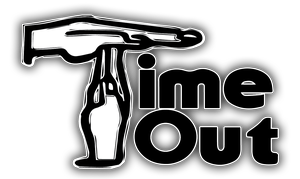