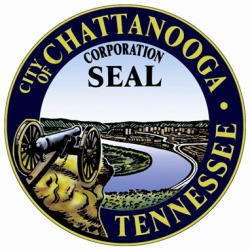 Chattanooga operates within a Strong Mayor system of governance, with an elected mayor and a 9-member City Council. Both the mayor and city council members are elected concurrently for 4-year terms. In 2013, Mayor Andy Berke was elected, along with the current council. The Chair of the Council is elected yearly from the existing members. The current City Council Chair is District 9 Councilman Yusuf Hakeem.

The City of Chattanooga has 29 citizen committees, boards and commissions, with representation appointed by City Council and Mayor Berke.