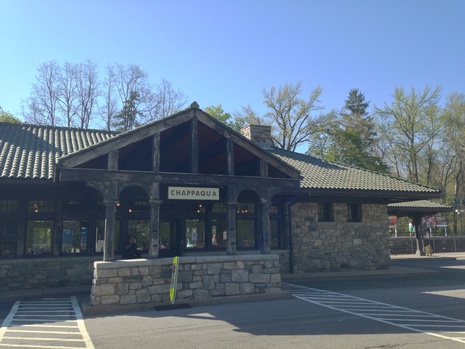 The Chappaqua Train Station. The building shown is the waiting area, built in 1902.

The Chappaqua Train Station is a Metro-North station.  Trains leave to NYC every hour, and about every 20 minutes during rush hour.

The building that's used as the waiting and ticket area was built in 1902 and is listed on the National Register of Historic Places.  The land for the station was donated by the daughter of Horace Greeley. 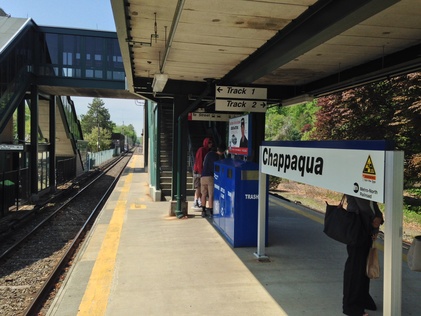 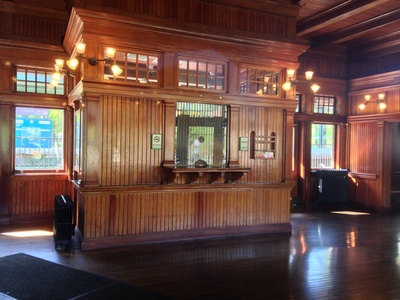 The interior of the historic waiting area building (photo 2014). 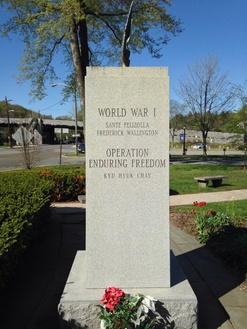 There's a monument honoring fallen soldiers from Chappaqua in the plaza area outside the station.  In addition to several others, the memorial honors Kyu Hyuk Chay, of the Staff Sergeant Kyu Hyuk Chay Memorial Bridge.