Triple C Brewing Company is the brewery to visit if you are looking for the freshest craft beer in Charlotte. The brewery prides itself as a meeting place that is focused on community and fair pricing. #Knowyourcraft is Triple C's motto and is the belief that you should know where your beer comes from and who brews it.

Established in 2012, Triple C was named for its three founders, Chris, Christine and Chris. Today, owner Chris Harker believes that the three "c"s also stand for craft, community and charity.

The taproom has a large bar and several tables. There is also additional picnic table seating outside in the large gravel patio. 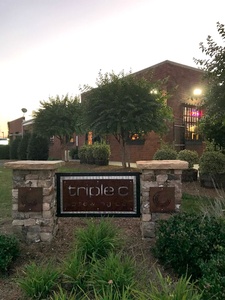 For those taking the Lynx Light Rail, use the New Bern Station stop.

Triple C Brewing Company does not have a kitchen on-site. Food is available from local food trucks.

Scott Kimball is head brewer at Triple C Brewing. In 2006 while hiking the Appalachian Trail, Scott was turned-on to the idea of home brewing. He started growing his own hops and experimented with different blends to create his own home-brews and hone his brewing technique. Scott’s passion for brewing took him then to Dover, DE to be an assistant brewer for Old Dominion and Fordham breweries, then on to Colorado to become the Head Brewer for Eddyline Brewpub.

Triple C has emerged as one of the top breweries in the craft beer hotbed of Charlotte, NC. Their beers range in style but Triple C do not chase fads, they aim to stay small and focus on small batches and fresh beer. They have a 15-barrel brewery in their original brewery and a 7-barrel brewery in the new Barrel Room. 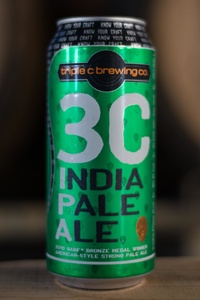 Seasonal beers are also available including:

Events and The Barrel Room

Giving back to the community is a large part of Triple C's business. They hold many charitable events throughout the year in the taphouse, brewery and Barrel Room.

The Barrel Room, an event space and additional 7 barrel brewery, opened in 2017.