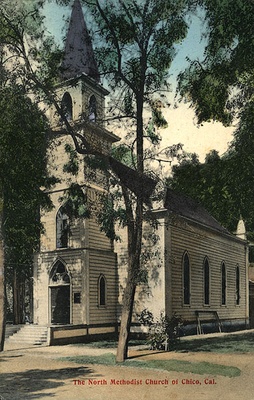 The A.M.E. Church (formerly the North Methodist Church) is the small church at the corner of Linden and Ninth streets, now occupied by Bethel African Methodist Episcopal. It has the distinction of being the first church building in Chico. Built in 1867, it originally was located at Sixth and Broadway, on land donated by John Bidwell. It is designated as a Point of Historical Interest on signs visible from Highway 32.