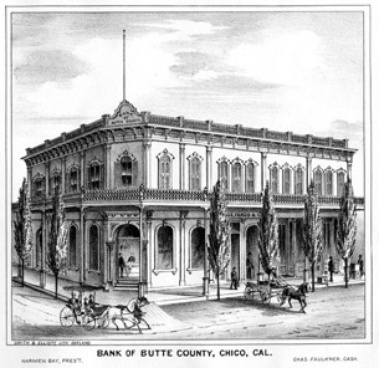 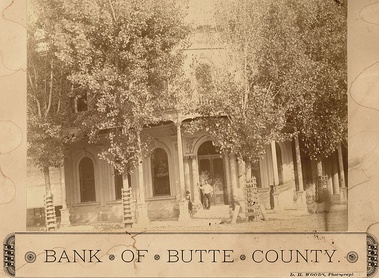 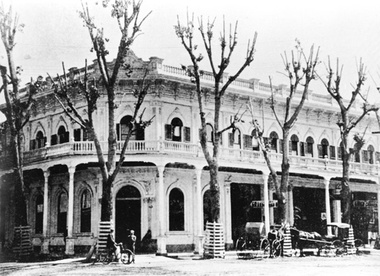 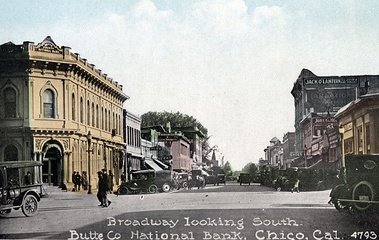 The Bank of Butte was a bank in the late 19th and early 20th century located at the southeast corner of Second and Broadway where Crush and Jamba Juice are now located. Charles Faulkner served as cashier.

2008-11-13 21:27:17   I think that the Bank of Chico and Bank of Butte are switched. If you look south on Broadway (as a photo depicts here), then Bank of Butte would be on the left where the present day Bank of America Building I is (and Crush). —RyanMikulovsky

You just made me realize that it was reversed. - GB