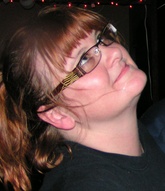 Barbara Manning is considered one of the early pioneers of the independent rock scene. During her multi-album career, beginning in Northern California with the highly acclaimed neo-psychedelic group 28th Day; San Francisco's semi-legendary edgy pop band, World of Pooh; Matador recording artist, SF Seals; her numerous solo albums, and now with the power trio, The Go-Luckys!, Manning has consistently collected praise from respected and cutting edge magazines as well as her own peers. Barbara currently plays with several local bands, including Sleestack and Champion. She was nominated for the CN&R CAMMIES award in 2006 in the indie/experimental category.

In 1992, Rolling Stone picked Barbara as one of the year's most important new artists; Spin magazine declared her 1995 album with the SF Seals, ''Truth Walks In Sleepy Shadows'', the 8th best album of the year; in 1996, Germany's Spex magazine's Reader's Poll voted her among the 10 best female musicians; the French music industry magazine, Les Inrockupibles, gave an entire page review of her 1998 album solo album 1212; and the European Musik Express has applauded her last several albums with the highest marks. Sonic Youth's Thurston Moore proclaimed her one of San Francisco's finest poets. She is referenced in several current music guides, such as Spin's Guide to Alternative Rock, Virgins' Guide to Indie Rock and New Wave, Rolling Stone's Women in Rock, and Music USA, among others.

Barbara has played worldwide with such rock notables as:

In addition, New Zealand's most admired musicians, Clean,the Tall Dwarfs, the Verlaines and the 3D's, collaborated with her as band mates while touring and recording 1999's in New Zealand. While touring solo in Europe, Barbara met the young twin brothers Fabrizio Steinbach (guitar, bass) and Flavio Steinbach (drums, percussion) and formed her band the Go-Luckys! Together they recorded 4 CDs and toured USA and Europe.

Now that Barbara is back in California, she finished a Bachelor of Science degree in Biology. She hopes that having a "real" job will enable her to continue her passion of making music. She plays solo and with other local heroes in her current home town of Chico, California. Check out her website at: Barbara Manning.com